Rock Musician Jack White Does Something Unexpected In Nashville 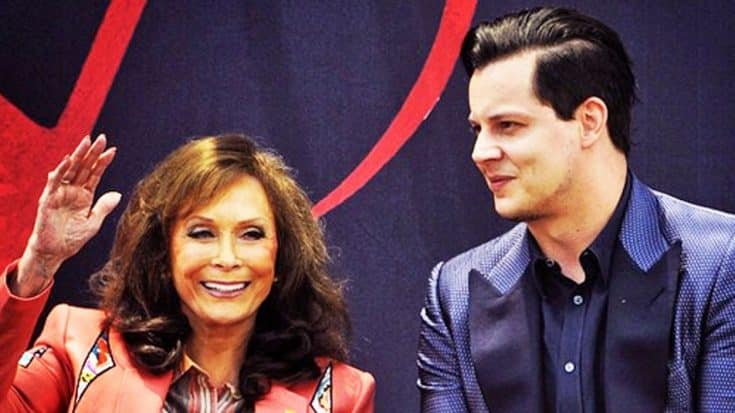 The residents of a Nashville area neighborhood often wondered who lived in the large, gated house at the end of a dead-end street. Now they finally know the answer.

Rock musician Jack White, best known as the lead singer and guitarist of White Stripes, has lived in the Nashville area neighborhood for years. But White’s  busy schedule kept him from being a full member of his community. Although the neighborhood hosts a potluck around the same time every year, White had been unable to attend…until now.

A resident named Jedediah Jenkins, whose mother helps host the potluck each year, said in an Instagram post that without any warning, the man who lived in the gated house at the end of the street showed up to the potluck and started introducing himself. Everyone was surprised when they learned that their mysterious neighbor was none other than Jack White.

Jenkins said that White apologized for being unable to attend the potluck in the past, and he even stopped to pose for a picture with his neighbors.

This picture is incredible. My sister texted it to me. Listen to this. My mom helps put on a neighborhood potluck in front of my childhood home. Our little dead-end street is populated primarily with older and quiet people. The houses are modest and suburban. My neighborhood has been doing this potluck for over a decade. At the bottom of our street, there is a large gated historic home shrouded in trees. We've never really spotted that neighbor. But we have from time to time heard guitar coming from the garage. This year, without warning, the occupant decided to come mingle with the neighbors. Of course many of them had no idea who he was. "Jack White? nice to meet you." He apologized for traveling so much and missing out over the years. #lifeiswonderful ? by @making_dinner #lookatthesepeople #theyhavenoidea #notelvisdontcare

White has a stronger connection to Nashville than many would expect. Although White is primarily a rock singer, he has become known in the country music industry for his work with the legendary Loretta Lynn, who spoke highly about White in an interview posted to her YouTube channel.

White had equally good things to say about Lynn, who he truly admires.

“When you work with someone like her, you forget everything else. You can’t imagine how this talent is right in front of your eyes.”

White’s admiration for Lynn is so great that he actually helped to produce a tribute album to her called Coal Miner’s Daughter: A Tribute To Loretta Lynn. White himself has covered Lynn’s hit song “Rated X“, and also collaborated with her on a duet of of “Portland, Oregon.”

We think it was so nice of White to stop by his neighborhood potluck this year. Maybe he’ll even come back next year and perform his cover of “Rated X” for his neighbors to enjoy!