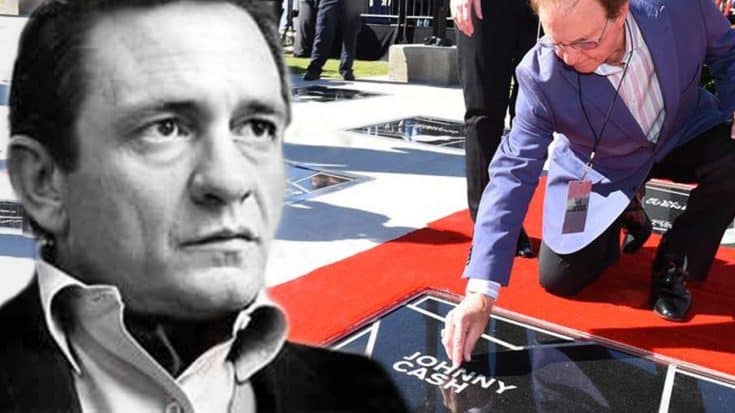 guitaralliance.com/Shelly Mays via The Tennessean

It’s been twelve years since “The Man in Black” passed away and he has been missed ever since. There have been countless tribute performances and the opening of the Johnny Cash Museum. Yesterday he was honored once again.

Johnny Cash was awarded a star on the Music City Walk of Fame in Nashville on Tuesday afternoon, along with guitarist Steve Cropper, executive E.W. “Bud” Wendell, and Miranda Lambert.

Tommy Cash, Johnny’s youngest brother, imagined what his older brother would say during this award acceptance.

“Well, I got another plaque,” Tommy joked. “But he deserved it, and he also deserved the Johnny Cash Museum. I miss him very much. He’s been gone 12 years, and June Carter Cash has been gone, but their spirits and their genuineness is here in this plaque.“

How touching. Take a look at some photos from the event below. It is known that Tommy idolizes his brother, even writing a song about him. They performed together rarely, but here is a performance of them singing “Do What You Do, Do Well” to their parents.