Missy and Jase Robertson Open Up About Their Awkward First Time 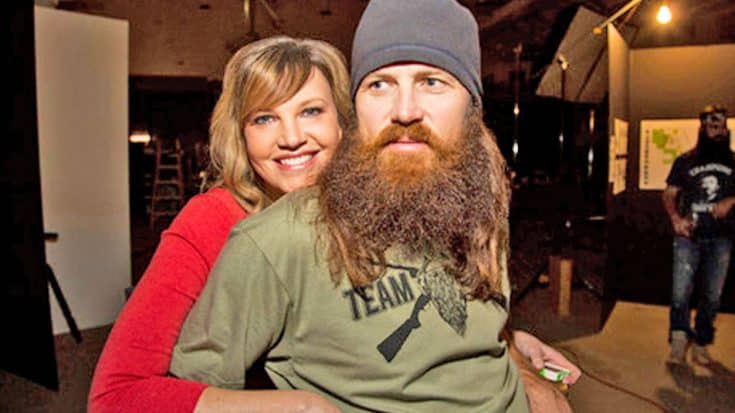 The Duck Dynasty cast members have never been shy about revealing intimate moments of their life to the public. This time is not different!

With the release of their new book, “Blessed, Blessed…Blessed“, Missy and Jase Robertson open up about their decision to stay pure until marriage, giving their own kids romance advice, and how Mia’s strength inspires them all.

The couple sat down for an interview with Entertainment Tonight and didn’t hold back! When it came to sex before marriage, they knew they wanted their first time to be on their wedding night, but Jase says, “I thought in my mind it was gonna be this romantic getaway, but when both of ya are virgins — I’m telling ya — you gotta work together.“

“I felt like I was playing that game, you know, where if you hit something, it buzzes,” he explains. Missy cuts in, “Operation?!”

Twenty-five years after their wedding night, they are raising their three kids, Reed (20), Cole (17), and Mia (12), to follow their lead and abstain from sex until marriage.

Recalling about their first birds and the bees talk, Missy says she never got one!

“We didn’t talk about it at all in my family. I didn’t figure out exactly what to do physically until I was in high school. I just acted like I knew, because it was embarrassing that I didn’t.”

Jase had the talk at an early age with his father, Robertson family patriarch, Phil. “My dad, everybody knows he is one of the most blunt human beings on the planet,” Jase says.

“I came home one day from school and I asked my dad what STDs were, because I heard some chatter about it. He went on this graphic, I mean graphic, and basically was saying ‘Look, here’s what you do. You leave everything you got in your pocket ’til you get married. Then you won’t have to worry about it.’ The funny part is, I was 8 years old.”

Their love for each other is so strong and apparent and that’s what they want to pass down to their children.

“I love that Jase talks about the way he feels about me in front of the kids,” Missy gushes. “I want the boys to do that to their wives in front of their kids, and I want Mia to have that in her husband. Someone who really thinks that she’s beautiful and tells her every day. And Jase does.“

They also tell their children to not waste their time when dating. Jase and Missy think their kids should be looking for a life partner, so if they don’t see a long future with that person, then there’s no need to date anymore.

Watch the candid interview below.