Blake Speaks Out: Is The Romance With Gwen Stefani Real? 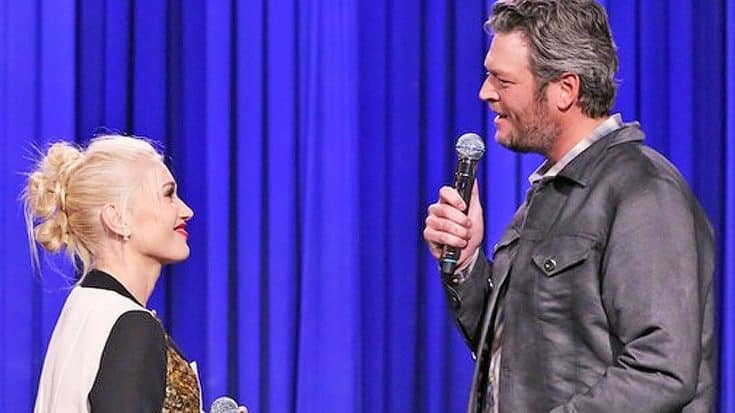 Blake Shelton has become one of country music’s most eligible men since his divorce from Miranda Lambert in July.

Since then, rumors have been flying around about the dating life of both parties. In the tabloids, Blake is mainly linked to his fellow Voice coach, Gwen Stefani. Mainly because she announced a split from her husband Gavin Rossdale in August and they spend so much time together at work.

A source close to Blake reveals that this rumored romance is just that, a rumor.

“It’s total buls—. There’s nothing there. They’re nothing more than friends.“

Shelton does have nice things to say about the No Doubt singer, though. “I don’t think anybody’s more covered up than Gwen, from just raising three boys and balancing a TV show and a solo record or a No Doubt record and touring and her clothing line,” Shelton told PEOPLE magazine earlier this summer. “Every day in the compound, you see her having a meeting with people you’ve never seen her having a meeting with before. It’s crazy.“

Stefani feels the same way about Shelton, saying, “He’s such a fun, funny guy. He just seems like such a good person. I love being around him“

The country singer is not quite ready to date and is “focusing on himself“. He seems to be open to pursuing a relationship in the future, but not anytime soon.

Although there have been reports on them flirting on The Voice set, they are maintaining that they just have a close friendship.  Check out a video of them on The Voice below and decide for yourselves.