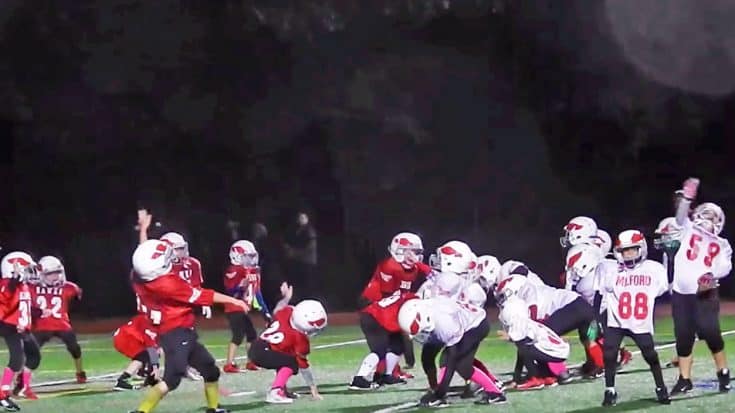 Was this a football game or a talent show?!

These little football players were playing at halftime of a Milford High School Varsity football game in Milford, MA.

We’re not sure what is cuter, the fact that their football gear is larger than most of their bodies, or that they were so distracted by the music, they forgot they were supposed to be playing football!

Rapper/singer Silento’s hit song, “Watch Me (Whip/Nae Nae)“, was on the loudspeaker and these little tykes couldn’t help but dance along! So cute!

Watch the adorable and hilarious video below!