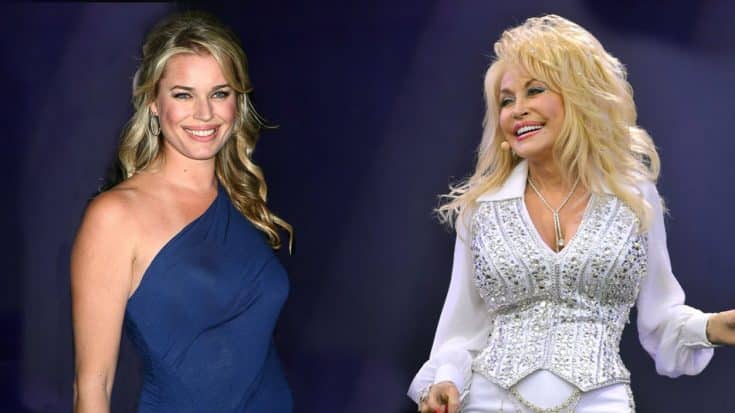 Rebecca Romijn has always been a huge Dolly Parton fan, but when she found out she was having twins, she took it to another level.

As a child, Rebecca Romijn got to meet Dolly Parton when her mother introduced the two and ever since, she’s been a HUGE fan. So huge, in fact, that she has always planned for one of her daughters to have the same name as the superstar musician.

In an interview on NBC’s Today Show, supermodel-turned-actress Romijn talks about her second experience meeting Parton at her theme park in Tennessee:

“When I was seven and a half months pregnant, my best friend and I flew down to Dollywood, and we got a chance to meet her and see her perform,” Romijn recalled. “I got to tell her that I was going to name one of my daughters Dolly, and she seemed so genuinely touched.”

Parton was incredibly moved by this moment between them. A week later, Romijn received a touching and heartfelt letter from her in the mail.

“I got a letter from her in my mailbox — on butterfly stationery! — that said, ‘I forgot to tell you while you were here my middle name is Rebecca. You should name her Dolly Rebecca after the two of us together,'”

Watch Romijn talk about this wonderful highlight of her life in the video below.