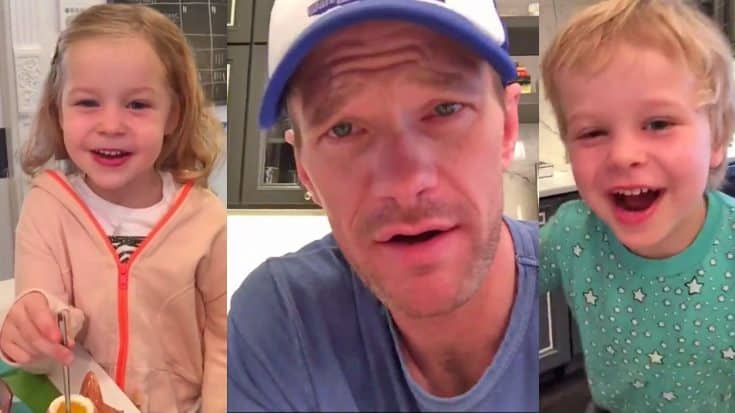 NPH. You know him, you love him. Ever since we met him many years ago on Doogie Houser, M.D., Neil Patrick Harris has been acting, singing, and dancing his way into our hearts. He’s acted on the small screen, big screen and even on Broadway!

The very talented actor took to Facebook this morning and posted an adorable “Good Morning” video with his almost five-year-old twins Gideon and Harper.

In the video, he says, “Good morning everybody! It’s breakfast time and we are about to go to school, right?” He puts the camera on Gideon and he immediately starts singing the Star Wars theme song! Hilarious!

He then gives Harper a chance to say good morning, and she starts singing “Good Morning” from the musical “Singin’ In The Rain“. NPH pans the camera back to himself and Harper says, “Wait I’m not done yet!“

She continues to sing, but this time she sings a song she made up! How creative!

These twins have larger than life personalities, and it’s no surprise since they are being raised by NPH and his actor husband David Burtka, who has also acted on Broadway.

At the end of the video, Gideon says, “Hi book face!” and NPH nicely reminds him, “it’s Facebook!“

The video has already been viewed 1.3 million times! Watch the adorable video below!