Faith Hill Opens Up About Birth Mother In Emotionally-Charged Interview 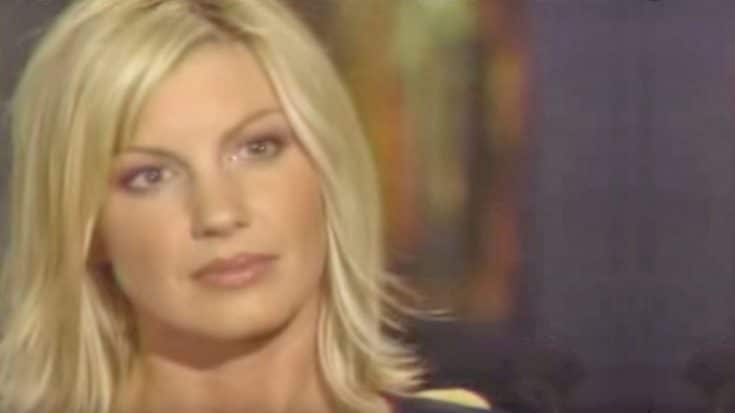 In 2001, Faith Hill sat down with Barbara Walters for an interview about her upbringing, success, and family. At just two-days-old, Faith was adopted by her parents, Edna and Ted Perry in a small Mississippi town.

It is revealed that as a little girl, Faith’s mother would give her quarters to sing at family gatherings and it just so happened that Barbara had a quarter! She requested a song that young Faith would sing and she sang a beautiful rendition of “Jesus Loves Me“, right there on the spot.

Faith opened up about her adoptive parents and her father, who now in his seventies, is learning how to read. Her parents were always supportive, even driving her to Nashville at the age of 19 to pursue her dreams.

In her twenties, she wanted to find her birth mother, which took years.

“I think I was just really searching. I was searching to figure out who I was inside, and of course my family was very involved in the search.”

When they finally met, Faith hardly remembers the intense moment.

“I don’t even remember what I said. I don’t remember what she said. We kind of just stared at each other. It was very strange, it wasn’t normal.”

She reveals that she never got the chance to meet her birth father, as he died in a car accident before she and her biological mom found each other.