Little Cowboy Shows His Dad How To Be A Real Troubadour 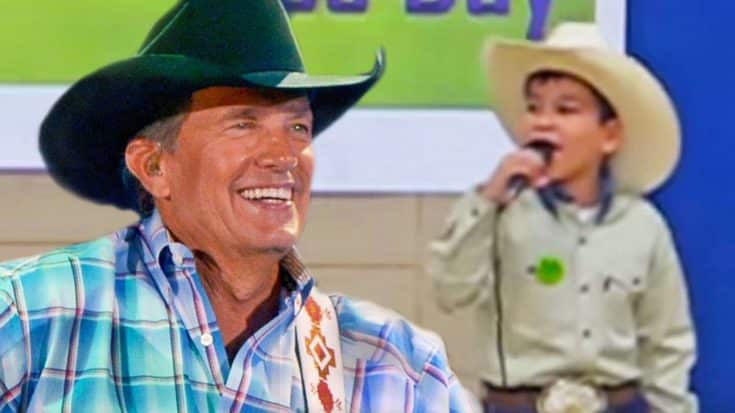 It’s always adorable when a young child covers a country song, but it’s even better when they sing a duet with one of their grown-up family members.

Despite the fact that Christian Young is less than ten years old, he’s already become known on YouTube for his country covers.

When he was just three years old, Christian joined his father to sing a duet of the George Strait classic “Amarillo By Morning.”

“Amarillo By Morning” was first recorded by Terry Stratford in 1973, but was made a hit by Strait in 1983. The song peaked at the #4 spot on the Billboard country chart and was given an “A” rating by Country Universe.

Christian and his father work as a true team in their cover of the song, and it is nothing short of adorable.

Both Christian and his father strum along on their acoustic guitars as they sing, and for only being three years old, Christian already has some awesome guitar skills!

This video shows that Christian’s dad is also a good singer, so it’s easy to see where Christian got his strong set of pipes.

Watch the adorable duet between Christian and his father singing “Amarillo By Morning” below!