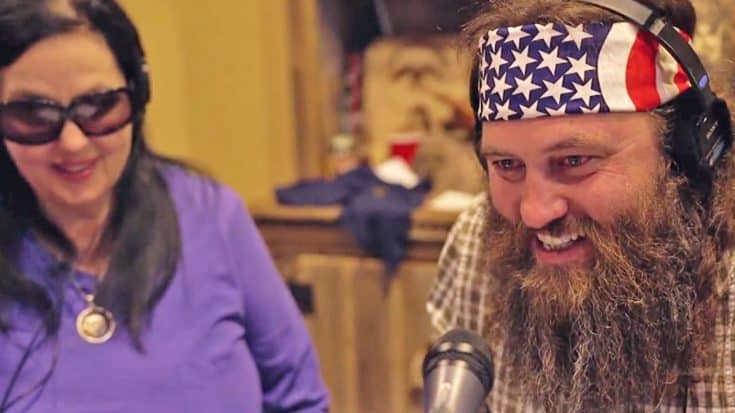 Even if he’s raising money and awareness for a good cause, Willie Robertson always remembers to have a little fun!

The Robertson’s are huge supporters of the Worldwide Foundation, a charity that promotes foster care and adoption in the Dominican Republic and Africa. And, of course Willie and his wife, Korie, are very supportive of adoption and welcoming children into their family, as two of their five children were adopted.

The Robertson family decided to start a campaign called, “Go Hunting With Willie“, which gives Duck Dynasty fans the opportunity to donate money to the Worldwide Foundation in hopes of winning a day with the Duck Dynasty family. He said, “I’m offering you and a friend the chance of a lifetime, to fly to Louisiana and live as a member of my family for the day.” One lucky winner and their guest will have the chance to hang out with the family, tour the Duck Commander HQ and then go hunting with Willie himself.

Sounds good to us!

So while promoting the campaign, Willie decided to have a little fun. On the Duck Dynasty Facebook page, Willie starred in a hilarious three-minute clip where he pranks fans at his restaurant, Willie’s Duck Diner. He said, “Since one lucky winner is in for a big surprise, I thought I’d surprise a few of our fans today.“

Willie had an actor pretend to be a waiter and with the help of an ear-piece, Willie had the actor ask customers outrageous things in hopes of learning a little bit more from Duck Dynasty fans. He had the actor ask things like, “What do y’all think of Willie” and “Who is your favorite family member.”

The responses were as hilarious at the customer’s reactions.

In the end, the unsuspecting fans got a huge surprise when Willie came out from the back room!

Y’all have to see it for yourself, so check it out below!

Y’all know how much Willie loves pranks, so he wanted to prank a few of you visiting Willie’s Duck Diner. But we promise…