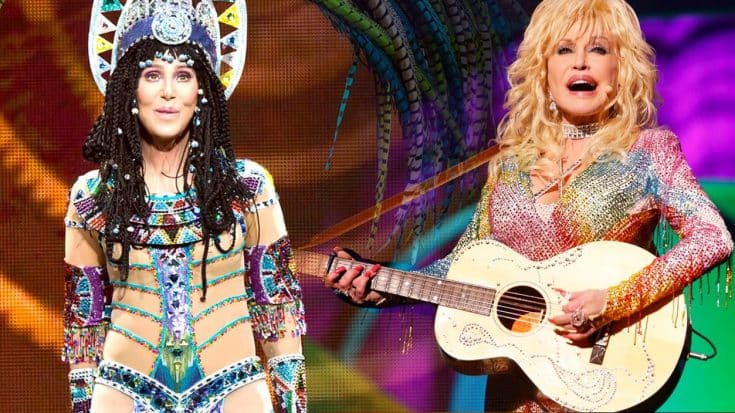 Dolly Parton tries to save Cher’s soul in this odd medley of songs played alongside The Tubes.

Shortly after her breakaway from country music and crossover into the pop genre, Dolly Parton started branching out in extreme ways. From giant hair and flashy gowns, to jewel-encrusted instruments, Parton transformed her image with her mega-hit “Here You Come Again”.

In 1978, Cher started bringing a variety of fellow artists to the stage along side her in the series “Cher….Special”. In this particular episode, Cher crosses the stage repeatedly being torn between Dolly (Heaven) and The Tubes (Hell) as they each try to persuade her with various chart-topping tunes.

This campy, weird performance known as “A Musical Battle To Save Cher’s Soul” earned Parton an Emmy nomination and further solidified her stance as an independent female artist.

Watch this entire show in the video below.