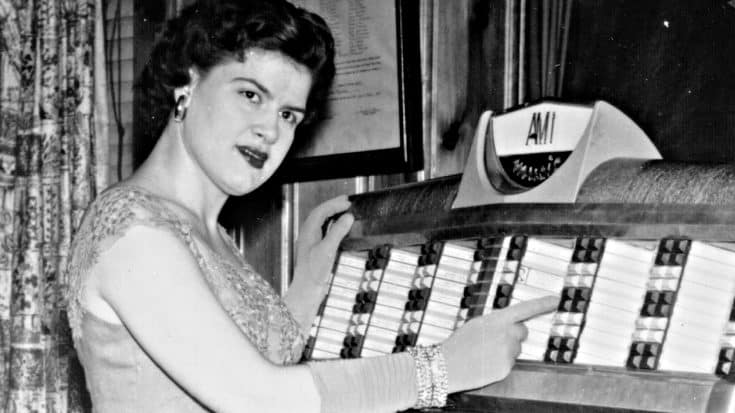 Patsy Cline was a true pioneer for country music. She is credited with leading the way for female artists in the genre, and was also one of the first country stars to successfully “cross over” to pop.

Over the course of her too-short career, Cline released a handful of singles, and only two of them were number one hits. But today, Cline’s songs such as “Crazy” and “She’s Got You” are considered as the cream of the crop when it comes to classic country music.

When Cline passed away in a plane crash at the age of 30, the country music community not only mourned the loss of who Cline could have been, but who she was.

Despite being one of the most popular stars of her time, Cline was known for her humble and down-to-earth personality. She was always there to lend a helping hand to other artists, such as Loretta Lynn, who she often cooked for and gave old clothes too.

But there’s so much more to Cline than that. We’ve gathered up a list of seven fascinating facts you likely never knew about her. Check them out below!

Although we know her today as Patsy, it turns out that wasn’t Cline’s real name. She was born Virginia Patterson Hensley, and her family actually called her by the nickname “Ginny.”

Once Cline kicked off her career in country music, her second manager, Bill Peer, decided she should shorten her middle name to Patsy, and go by that instead. Combined with her first husband Gerald Cline’s last name, Virginia Patterson Hensley became Patsy Cline, and the rest is history.

2. She Gave A Fever All The Credit For Her Voice

Holeintheweb.com’s Patsy Cline Story quotes Cline as saying that she credited a throat infection and a rheumatic fever she had as a 13-year-old for contributing to the sound of her voice. “The fever affected my throat and when I recovered I had this booming voice like [a contralto singer] Kate Smith,” she said.

Just think, if Cline hadn’t been ill when she was 13, her voice could have been completely different. In fact, she may have never gone on to become a country star at all.

3. She Was A High School Dropout

Cline’s mother Hilda was only 16 when she gave birth to her, while her father Samuel was 43. Although the couple had two more children after Cline, her father abandoned her and her siblings when she was 15.

In order to help support her mother, Cline dropped out of high school and took a job as a soda jerk and waitress at a diner across the street from her old high school. After work, she’d head out to the clubs to sing, which is how she started to develop a following.

4. She Didn’t Know How To Read Music

Yes, you read that right, Cline had no idea how to read music. All of her musical skills were self-taught, and it was helpful that she also happened to have perfect pitch.

It’s hard to believe that someone as successful as Cline had no clue how to read music, but it’s true. That just makes her talent all the more remarkable!

5. She Wasn’t Fond Of One Of Her Biggest Hits

One of Cline’s earliest singles was a song called “Walkin’ After Midnight,” which is now one of the most iconic country songs of all time. But when she was introduced to the song, Cline expressed her dislike for it, saying it was “just a little old pop song.”

Despite her dislike of the song, Cline recorded it anyway, primarily because the writers and her label insisted she did so. It turned out to work in her favor, since it went on to reach the second spot on the country chart and the 16th on the pop chart.

6. She Recorded “Crazy” On Crutches

Now known as Cline’s signature song, “Crazy” was written by someone whose name you may recognize…Willie Nelson. Following the success of her single “I Fall to Pieces,” Cline knew she needed another big hit to stay relevant.

Before she recorded “Crazy,” Cline had fallen out of the spotlight because she had spent six weeks recovering from a car accident she was involved in with her brother, Sam. When she came in to record “Crazy” she was still in the process of recovery, and recorded the song while on crutches.

Clearly, the crutches didn’t impact the quality of Cline’s voice, because “Crazy” was a huge success and is now one of the most well-known songs of all time.

7. She Was The First Solo Female Country Artist To Earn A Big Honor

Since Cline was a pioneer for female artists in the industry, it only made sense that she was given one of country music’s highest honors before any other female solo artist. In 1973, ten years after her death, Cline became the first female solo artist to be inducted into the Country Music Hall of Fame.

Cline’s plaque in the Hall of Fame pays tribute to her long-lasting impact on country music, reading “her heritage of timeless recordings is testimony to her artistic capacity.”

Beyond her Hall of Fame induction, Cline was also named as the greatest woman in country music by artists and industry members for CMT’s The 40 Greatest Women of Country Music television special. These honors prove how much Cline continues to influence artists in the genre she helped grow.

Cline may have only been with us on this Earth for 30 years, but she lived one incredible life in that time.