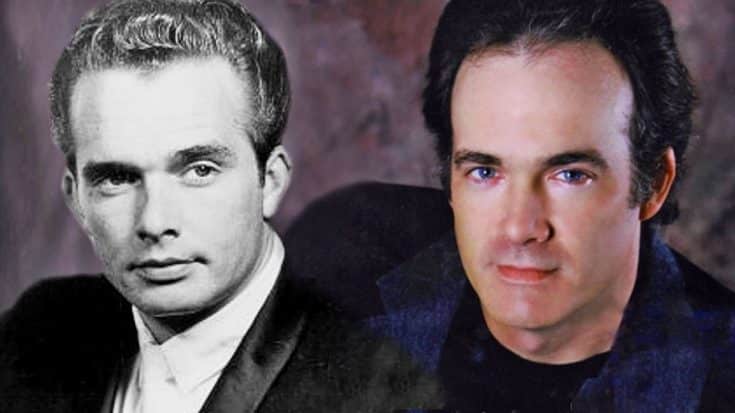 Talent sure does run in the Haggard family!

Merle Haggard‘s son, Scott, has decided to follow in his father’s footsteps by performing country music. As Scott says on his official Facebook page, “his life and his career are tightly woven into the fabric of country music history and lore.”

Due to the rough economy, Scott wasn’t able to pursue his dream of becoming a country music singer as soon as he wanted, becoming a truck driver instead. But in 2006, he was able to completely dedicate himself to performing country music. Since then, he has headlined with many country music greats, including Mark Wills, Jeff Bates, and Charlie McCoy.

Scott does write his own songs, but during a performance at the Ross County Jamboree in 2012, he decided to honor his father by singing a cover of his popular song “Silver Wings.”

While singing “Silver Wings,” you can hear a hint of Merle’s famous voice in Scott’s. Both of them have voices with a slight rawness and a classic country sound.

Scott’s performance doesn’t need any bells and whistles, his voice is enough in itself. He simply sits down and sings the song while a few members of his band play gutairs.

Merle must have been very proud of his son for this performance, and everything else he has done to keep his legacy alive.

Watch Scott cover his dad’s popular song “Silver Wings” in the video below.