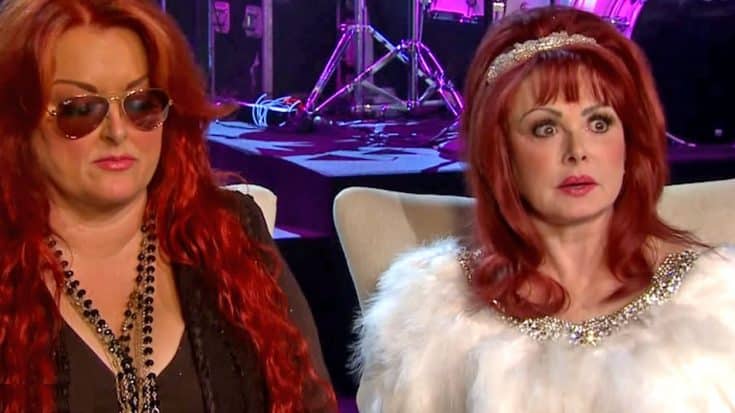 In a press conference for The Judds‘ new Vegas show, Robin Leach tears apart Naomi Judd’s fashion choice, but Wynonna isn’t having it.

An awkward moment arose between Naomi Judd, Robin Leach, and Wynonna Judd after Leach made fun of Naomi’s outfit at the launch of their new residency at The Venetian Las Vegas.

After Leach said that Naomi’s feathery, white satin gown was “hideous”, Wynonna, ironically, went all “momma bear” on him. Sitting down with ET after the conference, Wynonna made it known she wasn’t gonna stand for any bit of it.

“You know what? She’s my mom. If she wants to show up in spandex and a tube top, go girl!” Wynonna said.

Wynonna didn’t stop there though.

“So I’m downstairs in my dressing room and Wynonna came in like a raging bull,” Naomi remembered. “She said, ‘He’s coming down stairs now!’ And I went, ‘Why?’ And she said, ‘Because he’s going to apologize to you!”

Robin Leach certainly bit off more than he could chew when he went about disrespecting Naomi.

Check out the dramatic interview in the video below!