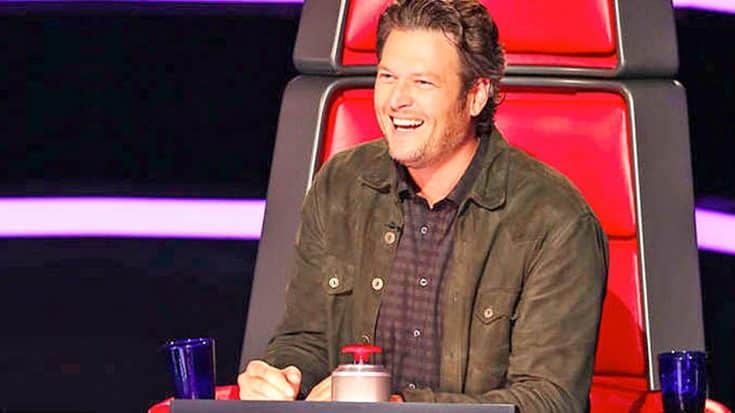 There is never a dull moment between Blake Shelton and Adam Levine.

During the first set of Battle Rounds on NBC‘s The Voice, Adam surprised the audience and his fellow judges with an interesting new look.

Something we never saw coming…

Adam took a seat in his big red chair with a completely shaved his head! The new look was shocking to everyone, including his BFF Blake.

We should have known that it wouldn’t take Blake long to something to say about it.

Blake shares his feelings on Adam’s haircut with the world, Tweeting:

Thank goodness #Gandhi was there to help you make that decision, @gwenstefani #AdamsBald

Adam was quick to respond to Blake and defend himself! He replied via Twitter:

Excuse me. Lex Luthor was bald. I have “shaved” my head. Meaning, shaved by choice. Big difference. Ok?!! Ok?!!

Oh Adam, you should have known your BFF would have to poke fun at you a little bit.

Check out the video below to see Blake’s hair jokes, and we’re sure it will make y’all laugh out loud!