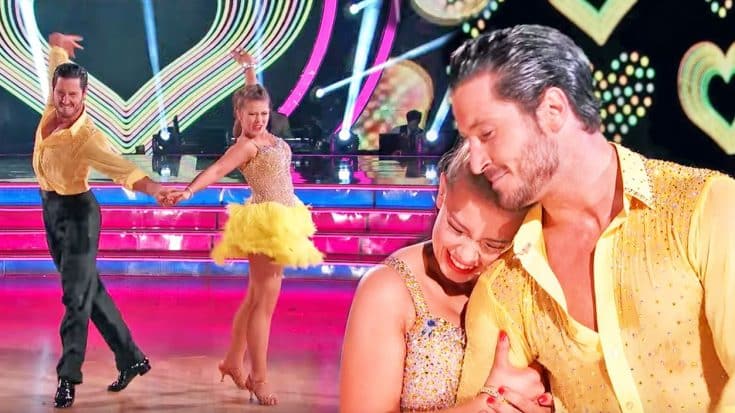 She impressed everyone, again!

During her stint on Dancing With The Stars in 2015, Bindi Irwin amazed the judges and viewers week after week with her determination, drive, and undeniable talent.

This particular dance was during “Switch Up Week,” so that meant that she wouldn’t be dancing with her normal partner Derek Hough this week. Instead, she was paired with Valentin Chmerkovskiy to dance a cha-cha.

They had the audience cheering their every move, and had us smiling from ear to ear at home!

The pair did have the the highest score of the night, but were just on the heels of Hough and Alexa PenaVega who scored a perfect 40 with their Tango.

Either way, Irwin looked great in her colorful ensemble, with that infectious smile beaming through to the audience. She is always so fun to watch. Watch Irwin’s week 5 performance below, which guest judge Maksim Chmerkovskiy, Val’s brother, called the “performance of the night.”