This Lucky Fan Steals A Kiss From Luke Bryan! 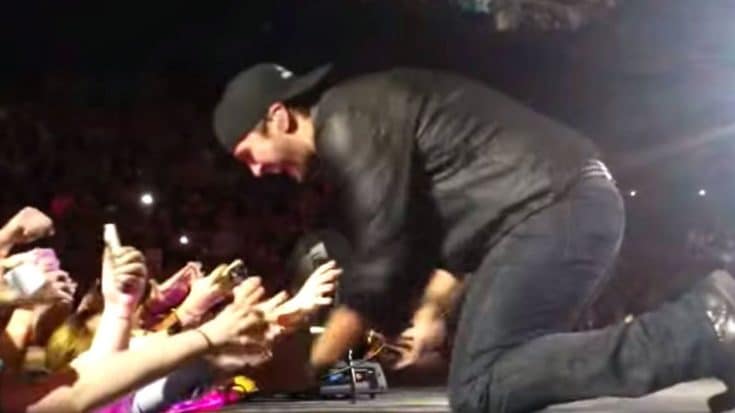 Luke Bryan has become a household name in country music since his breakthrough success in Nashville back in 2007 with “All My Friends Say”.

He has since released seemingly countless No. 1 singles, earned dozens of awards, and has sold over 27 million singles worldwide.

During his Dirt Road Diaries tour kick off, he rounds out his set with the smash hit “Kiss Tomorrow Goodbye”. At the very close of the song, he makes his way to the edge of the stage where a group of very excited girls are squealing his name.

In a split second you see Luke bend down to the crowd and plant a big ‘ol kiss on one of the girls heads! And just like that, she’ll probably never wash her forehead again.

Check out this one-of-a-kind moment in the video below!