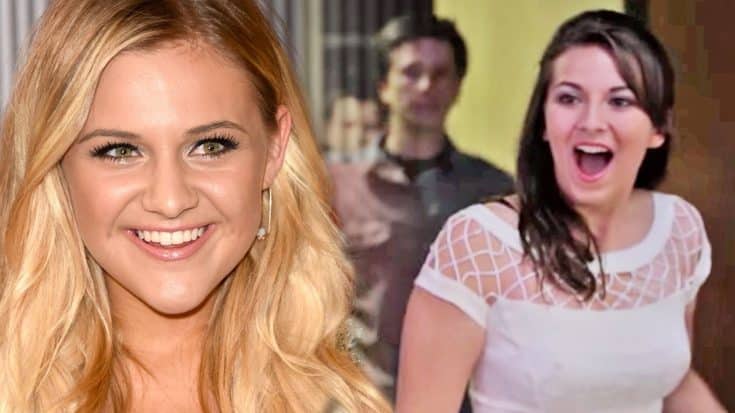 Grab the tissues. This touching story is sure to tug at your heartstrings.

Mykal isn’t your average 17-year-old. Not only is she an aspiring country singer-songwriter, but she a strong young girl who has been through more than most of us can imagine.

Mykal has a heart condition that left her in a life threatening coma. Her doctors said she had a small chance of survival, but a strong Mykal pulled through.

She has big dreams of becoming a country singer, and her ultimate dream was to sing on the Grand Ole Opry stage. When the Make-A-Wish Foundation got wind of this, they were ready to help.

Mykal’s dream recently came true when she was taken to the Grand Ole Opry to sing one of her original songs on stage for her friends and family. The Opry shared the moment on Twitter,

#ICYMI A wish came true tonight! Thanks to @MakeAWishMidTN for introducing Mykal to us. #Opry #CauseForApplause pic.twitter.com/kUET8xjdh0

When she finished her performance, Mykal said through tears, “That was the greatest moment of my life“.

But there was more! While heading backstage, Mykal’s idol, Kelsea Ballerini, was waiting to surprise her.

Mykal’s reaction was priceless whens he saw Kelsea. Her dreams really came true that day! After chatting for a few, the two had a backstage acoustic jam of Kelsea’s song, “First Time”.