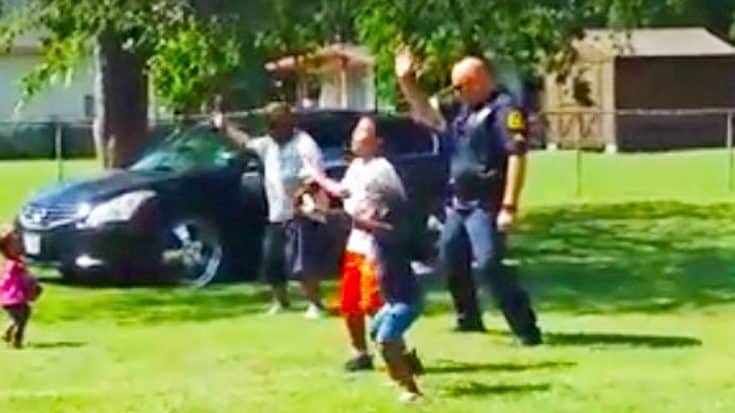 Even police officers need to have a little fun sometimes.

While making his way through a Texas neighborhood, Officer Edding takes a short break to dance with some of the local kids to the hit song “Watch Me Whip (Nae Nae)” by Silentó.

A woman named Shanitra Robinson posted the video to her Facebook, captioning it by saying, “I guess all EPD ain’t bad, look at officer Eddings out with the kids doing the nae nae.”

Not only does Officer Eddings do the “nae nae,” but he does it well! It takes a while for him to catch on at first, but after watching the kids he picks up on the moves really fast, and shows off his true talent as a dancer.

After Officer Eddings and the kids finish their dance number, he comes over to shake hands with their parents, like a true Texas gentleman.

Watch Officer Eddings show off his dance moves in the video below!