Bear Scare! Students Get The Surprise Of Their Lives

By Jennifer Pernicano on October 14, 2015
Advertisement 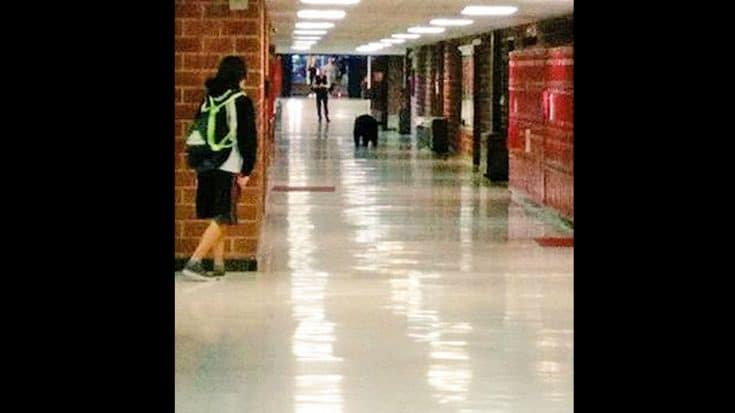 This bear looks like he was thinking about attending Montana’s Bozeman High School!

This morning, faculty and students at Bozeman High School were surprised to see a bear roaming the halls. A Gallatin County Sheriff’s Deputy, who was at the school for a booster club meeting, “kept an eye on the bear” until it was ushered out of the building by a police officer, The Bozeman Daily Chronicle reported.

“This is my first ‘bear-in-a-building’ experience. It just kind of landed in our lap,” said Principal Kevin Conwell said.

The bear was first spotted by a janitor on the football field, but it quickly made its way to an open garage door near the custodial area where it entered the school. It sniffed around the lockers for a few minutes as about 10 students and nervous faculty members watched from the hallway.

While the students took videos and photos of this unusual sight, The Montana Department of Fish, Wildlife, and Parks were called. Staff members started opening all doors to encourage the bear to get out. The bear eventually left on its own and did not act aggressive or damage anything.

Check out the videos of the bear roaming the halls below.

Bear on the Loose in a High School!