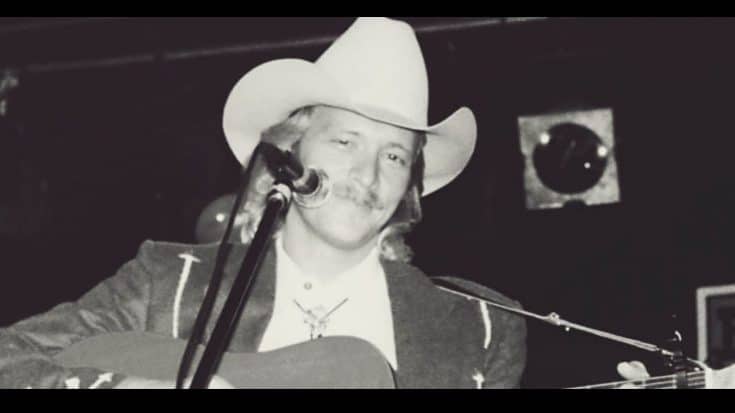 Get a first-ever listen to this unheard track from your favorite honky-tonk cowboy in the signature white hat!

Starting out in a Nashville mail room, Alan Jackson definitely has worked his way up! He first navigated the muddy waters of sealing a recording deal with the help of legendary Rhinestone Cowboy, Glen Campbell way back in 1989.

The following year, Jackson would see tremendous success with his second single “Here In The Real World” peaking at No. 3 on the US Country charts. Since then, he has proved time and time again that he is a true country superstar.

While recording his 2008 return to his deep Southern roots, Good Time, he had one track that wouldn’t make it on the record.

Completely unreleased and unheard until now, Jackson’s newest single “Love Is Hard” is done in the singer’s true style and likely would have been a huge hit back in ’08. Written by Jackson himself, this twangy number includes a fiddle and a boot-stomping beat that you won’t easily forget.

With some tricks up his sleeve (like this hidden track) and after charting well over 50 Top Ten hits over a quarter-century career, it’s obvious that Alan Jackson isn’t done yet!

Take a listen to this incredible old, but new, release from a true country music icon.