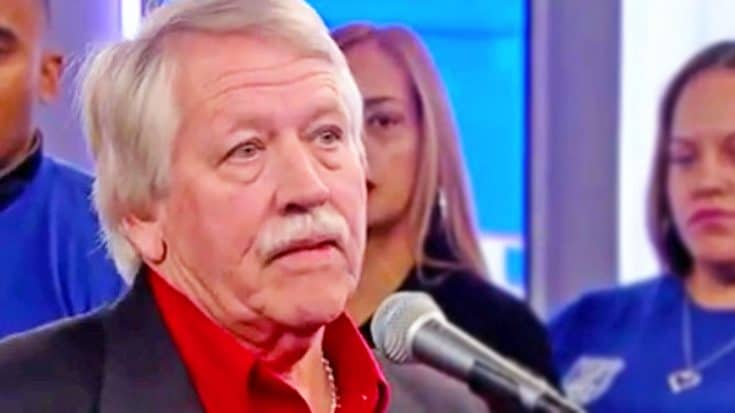 During the course of his career, John Conlee has had 32 singles appear on the Billboard Hot Country Songs chart. But his latest single is one that is truly close to his heart.

During an interview with Fox News on October 14, Conlee spoke about the long history behind his new single, called “Walkin’ Behind the Star.”

The seed Conlee seems to be talking about is a growing lack of respect and regard for our nation’s law enforcement. Conlee wanted to release the song not just to give law enforcement officers the recognition they deserve, but to make sure others do the same.

“We’re honored to be able to pay tribute and honor to our law enforcement folks…we want the nation also to understand that we the people have to stand up in their defense,” he said.

As Conlee performs the song, he is surrounded by the families of NYPD officers Wenjian Liu and Rafael Ramos, who were shot and killed in December 2014 by a man who, according to officials, was on a mission to kill police officers.

“Walkin’ Behind the Star” tells the story of law enforcement  through the years, and how they have fought to protect the people since the early days of the Wild West. The lyrics also speak about the unbreakable courage of law enforcement officers, even though they face life and death situations on a daily basis.

After 17 years, it seems that Conlee picked the perfect time to finally share “Walkin’ Behind the Star” with the world. What a touching tribute to our nation’s law enforcement.

Watch Conlee’s emotional performance of “Walkin’ Behind the Star” in the video below.