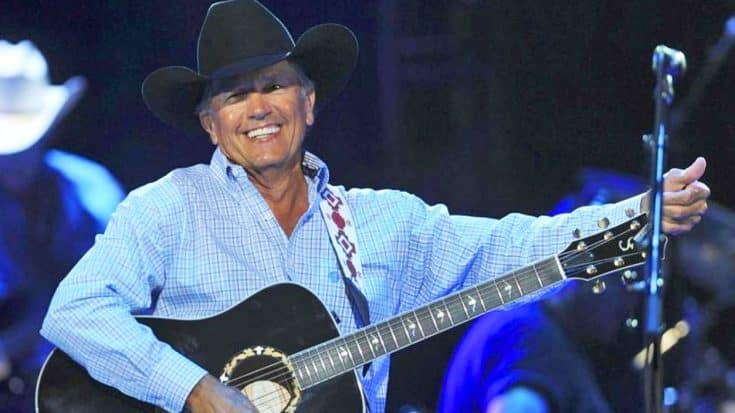 George Strait is known for keeping country, country. He is just about as classic as you can get, and showing everyone that new music can be just as timeless.

It is no surprise that his latest album release, Cold Beer Conversation has already become a huge success. The King of Country has already found himself climbing the charts once again with the lead single, “Let It Go”, but for this purist it’s not all about the results. Strait admits that each song is meaningful to him, and he is just happy to be making the music he loves.

In an interview with Taste Of Country, Strait talked about one of his new favorites titled “Goin’, Goin’, Gone”.

“I love that song,” he explained. “It’s one of my favorite cuts on the album. I just think it’s a fun song… if I was drinking a cold beer with some buddies, I’d want to hear that song play.”

Cold Beer Conversation recently hit #1 on the Billboard Country Albums chart and has sold more than 110,000 copies to date.

We can’t wait to hear more new music from this classic country icon, and we love that after decades of making music he still has the ability to surprise his fans.

Listen to Strait talk about “Goin’, Goin, Gone” below!