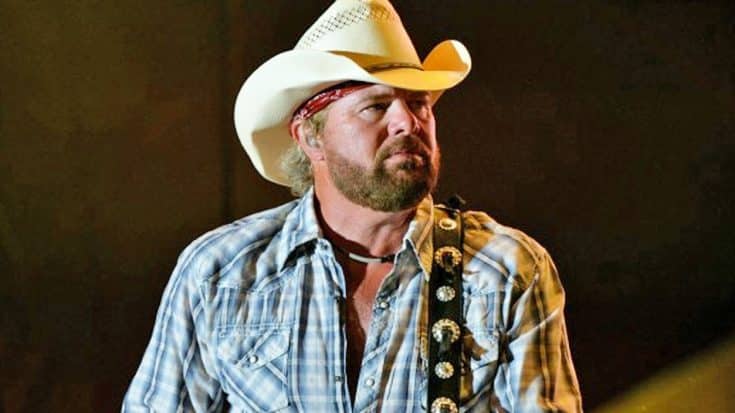 In 2008, Toby Keith opened his first honky-tonk restaurant named after his hit song, “I Love This Bar“.

The country-themed restaurant, I Love This Bar & Grill, was filled with good ol’ country music and even better southern food! Since 2008, Toby spread the country vibes across the country, opening 14 more restaurants.

Unfortunately for Toby, over the past two years, nine of his restaurants have been forced to close their doors. In 2015, The Village of Rosemont filed a lawsuit against the bar’s Rosemont, IL. location. The suit claims that the bar’s owners owe hundreds of thousands of dollars in taxes and unpaid rent.

Boomtown Entertainment, based in Phoenix, owes $311,595 in Cook County real estate taxes for 2014, including late fees, and $125,000 in October rent to the village, officials say.

To make matters worse, employees rebelled when they heard the news.

The General Manager for the Rosemont location, Larry Vanni, told The Daily Herald,

We begged them to be professional so we could all get through this. Some of them took it to the extreme, and they trashed us. A few bad eggs ruined it for everybody.

There have been reports that six or seven of the bar’s staff stole items from the bar, including alcohol and autographed Toby Keith memorabilia.

According to The Daily Herald, the city’s officials announced that they will be replacing I Love This Bar & Grill with another country-themed venue. The plan is to create a partnership between Joe’s Bar on Weed Street & Lettuce Entertain You’s Bub City. The new venue is scheduled to open in the spring.

Our thoughts and prayers are with Toby during this difficult time.

Below is the song that started it all, “I Love This Bar“.