NEW RELEASE: Tim McGraw’s Daughter Shines In The Spotlight With Her Father 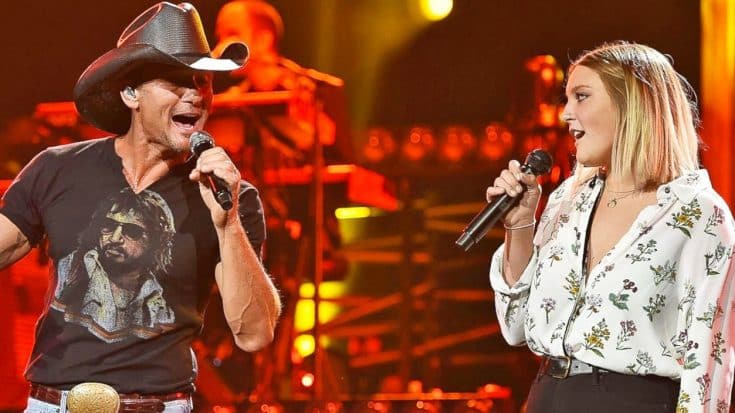 We’ve been anticipating the release of Tim McGraw’s duet with his oldest daughter, Gracie for months. The wait is finally over!

“Here Tonight” is the first track on McGraw’s Damn Country Music album which is set to hit stores November 6, 2015. McGraw made an announcement on his personal Facebook page about the latest single, along with a video to share his thoughts about the duet with his daughter.

Admittedly, McGraw was nervous to ask Gracie to accompany him on the track. As a father of three girls, he is more than likely used to rejection, and worried she would say no. Lucky for dad, Gracie was more than thrilled to sing with him, and she absolutely nailed it! Safe to say talent runs in the McGraw/Hill family.

The song is now available for purchase on Apple Music with the Damn Country Music preorder. Check out what McGraw had to say about working with his daughter below. Looks like we may have a new country music star in our sights!