Go-Pro On Hockey Stick Gets Shoved In A Rattlesnake Den….WOW! 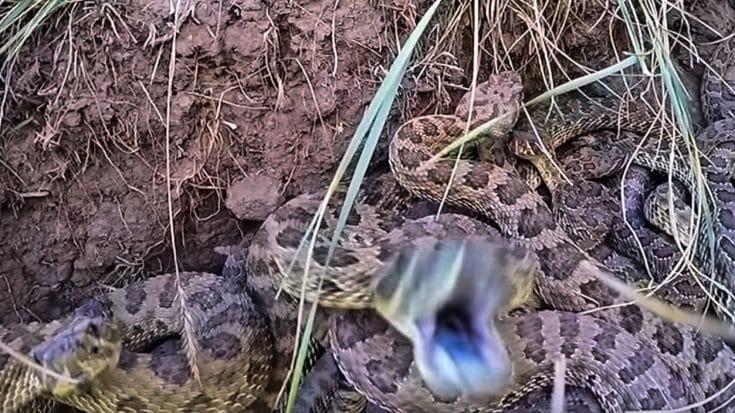 A central Montana native has been documenting rattlesnakes for years, but he doesn’t know what to do when this happens!

Michael Delaney has been fascinated with rattlesnakes since he was just 12-years-old. Back in those days, he was running around his family’s farm barefoot and stepped on a rattlesnake. His approach to the venomous snakes since that incident.

In this video, Delaney gets his GoPro camera is right in the nest, and they start smelling it with their long, forked, black tongues. A split-second later, the reptiles launch a full-on assault and begin striking the camera until it FALLS INTO THE PIT OF SNAKES.

Delaney amazingly was able to rescue his camera, and his newlywed wife was not excited for him to try and retrieve it. “When the GoPro fell in, she was hollering at me ‘You can get a new GoPro,’ ” Delaney said.

Check out this incredible video below!