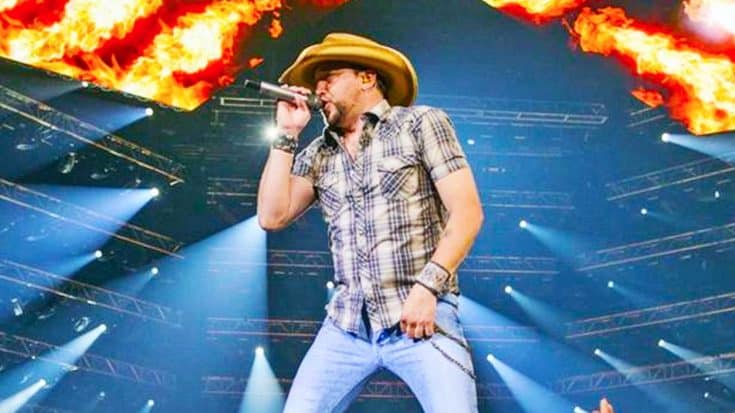 Jason Aldean is currently traveling across the country for his Burn It Down Tour. But that isn’t stopping him from looking ahead to what the next year has in store.

On October 16, Aldean announced that he plans to start up a new tour in mid-January 2016. The tour, called We Were Here 2016, will kick off in Moline, Illinois.

In total, Aldean will travel to 24 cities in both the U.S. and Australia.

This will be Aldean’s first time performing in Australia, and he is taking full advantage of the opportunity, playing a total of three shows while he is there.

Aldean’s tour mates for the We Were Here 2016 Tour are A Thousand Horses and Thomas Rhett, who will be with him for all the U.S. stops, but will not be traveling with him to Australia.

The name for Aldean’s new tour comes from his most recent single, “Gonna Know We Were Here.” Aldean spoke in press release about why he chose to name his upcoming tour after the single:

“This song pretty much sums up how I feel like me and my fans live our lives. That same excitement is what we feel out there on the road every night, which made it a great name for next year’s tour.”

Tickets for the tour will go on sale starting October 23. Tickets can be purchased on Aldean’s website when they are made available.

Dates for the We Were Here 2016 Tour are as follows:

While you wait for tickets to go on sale for Aldean’s We Were Here 2016 Tour, check out the video below of him performing his current single, “Gonna Know We Were Here,” live at Gillette Stadium as part of his current tour.