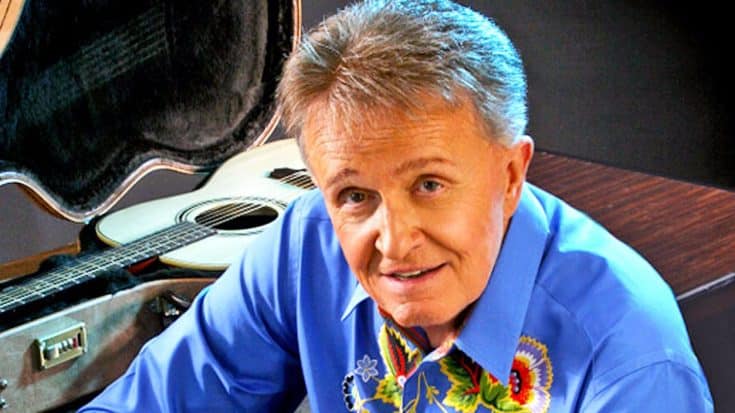 Bill Anderson has released more than 40 studio albums and has had seven #1 hits over the course of his 57-year career.

But at the age of 77, the “Mama Sang A Song” singer has recently had to take some time to see to his health.

On October 13, Anderson underwent cataract surgery on his right eye. He took to his Facebook page later that day to thank his fans for their prayers and support.

Anderson also asked his fans for their continued prayers, as he is set to have the same surgery performed on his left eye on October 21.

My cataract surgery went well today, and I thank each of you who whispered a prayer on my behalf. They did my right eye…

The album Anderson referenced in his Facebook post is his new gospel album called God Is Great – God Is Good, which features Anderson singing 40 of his favorite gospel songs and was released early this year.

Anderson has also performed a variety of gospel songs throughout the years, including his rendition of the old Christian poem “The Touch of The Master’s Hand,” which you can listen to in the video below.

Our thoughts and prayers are with Anderson in hopes of a successful surgery and a speedy and full recovery.