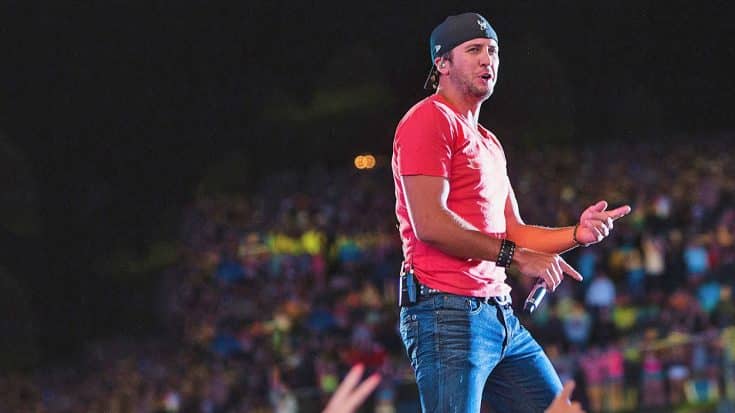 Admitting he’s under the weather, Luke Bryan is trying everything under the sun to get back on track.

Following his rained out farm tours, Luke shot on over to the West Coast for a string of California concerts. He took to twitter expressing his frustrations to fans over being sick and how he’s trying to get better.

Beginning in Sacramento, the hoarse voice and chest cold really started to show. His follow up on twitter asks fans for help. “Hey California. Been battling a chest cold that’s kicking my butt. Plowed through Sacramento. Love yall. Sing me through.”

His next show was in San Diego, and unfortunately still trying to kick the congestion, saying “Drives me crazy when I’m not 100%”.

Mucinex, prednisone, advil, inhaler, prilosec, zpack. Yuck. And get this. Not one after beer after the show all week. Tragic

Trailing him to Irvine, CA, the chest cold only got worse. He carried around hot tea on stage with him to help soothe his raspy pipes, but he still had to ask the crowd for help completing his numbers.

The one thing that he didn’t need help with, was dancing! His moves were unaffected by this chest cold and he made a point to show fans that! “I can still dance, though!” He hollered from the piano.

Watch the video below where Luke’s voice is weak, but he still pulls through with his dance moves!