Tom Hiddleston Channels Hank Williams Sr. In A Medley Of His Most Iconic Songs

By Jennifer Pernicano on October 19, 2015
Advertisement 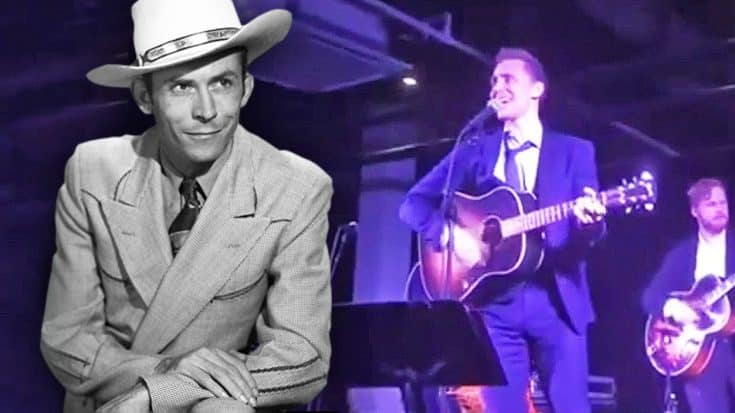 The iconic Hank Williams has been brought back to life in the March 2016 biopic I Saw The Light starring Tom Hiddleston.

The movie premiered over the weekend in Nashville, Tennessee and Hiddleston surprised guests at the after party with a short set of Williams’ most iconic songs. He performed “Hey Good Lookin’“, “Why Don’t You Love Me Like You Used To Do“, “Move It On Over“, and “Long Gone Lonesome Blues“.

The crowd was loving it and clapped along as Hiddleston sang and made jokes in his native British accent and his Southern accent he uses as Hank Williams.

Hiddleston spent months learning how to talk, sing, and play guitar like the legendary country singer, and we are soon going to find out if it did or didn’t pay off!

The film follows Williams’ rise and fall in the 1940s and 1950s, and his relationships with the women in his life including his mother, his wife Audrey Williams and his second marriage to Billie Jean Jones.

Watch the videos below!