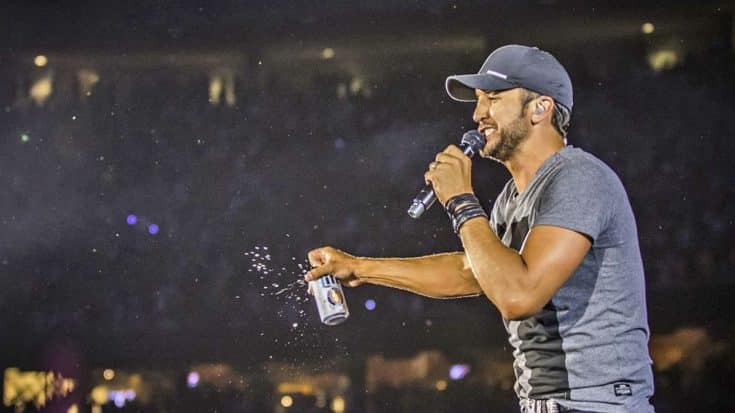 When you sit front row at a Luke Bryan concert, you have to be ready for anything. There is never a dull moment, even when the “Kick The Dust Up” singer is fighting a cold! Just four days after Luke posted the above photo to his personal Twitter, he performed on October 17, 2015 in Irvine, CA. As usual, the show was sold out and filled with fans who were thankful the under-the-weather singer didn’t cancel. He’s a trooper!

One young lady in particular got the surprise of a lifetime, with the reaction to match. Words can’t even describe the excitement in her scream! While friends were documenting the moment, Luke handed the girl his beer.

Reportedly during the same show, Luke invited the screaming fan onstage and serenaded her with “Crash My Party”. What a surprise!

Watch the priceless reaction in the short video below!

shoutout to my best friend for having the most PRICELESS reaction to @LukeBryanOnline handing her his beer ?? pic.twitter.com/Az5KxJcwWi