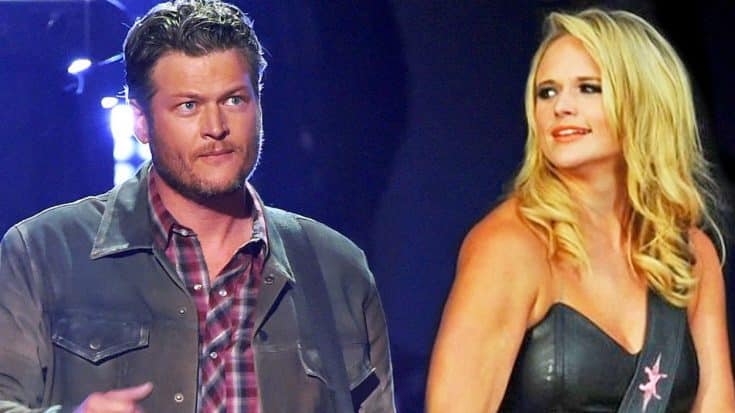 This year’s CMA Awards may be a little awkward for Blake Shelton and Miranda Lambert.

The former couple hasn’t seen one another since their very public divorce in July. But that is about to change, because both Shelton and Lambert are set to perform at this year’s CMA Awards.

Since the divorce, Shelton has kept busy serving as a coach on the hit show, The Voice, and announced the release of a greatest hits album, set to come out on October 23.

Lambert has also kept busy since July, traveling across the country on her Roadside Bars And Pink Guitars Tour and putting on her 8th annual Cause For The Paws event.

Even though Shelton and Lambert haven’t met up in person since the divorce, they have tried to maintain a friendly relationship, with Shelton saying in an interview with The Bobby Bones Show that the two of them are still “buddies.”

There’s no telling whether or not Shelton and Lambert will actually seek one another out at the CMA Awards. At the very least they will have to watch one another perform, and maybe listen to an acceptance speech or two, since both of them are nominated for multiple awards.

We guess we’ll just have to tune in to the CMA Awards on November 5 to see how this all plays out!