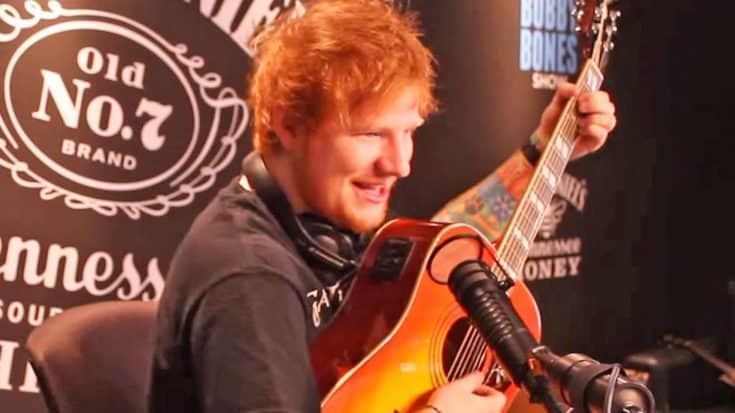 With such natural talent, Ed Sheeran never fails to amaze with his acoustic stylings. While visiting the Bobby Bones show, he took on the Florida Georgia Line classic,“Cruise”.

Florida Georgia Line’s Tyler Hubbard and Brian Kelly have seen a lot of success during their career. Having the opportunity to tour with other stars and up and coming artists has been part of that climb to fame. When it comes to Sheeran the respect is mutual.

In an interview with Billboard, they were asked What new talent emerged or came into his or her own this year that blew you away?

Kelly: Somebody outside of country music that I found out about a couple of months ago was Ed Sheeran. I love his sound because he can do so many different things. One second he’s singing, and the next second he’s kind of rapping. I’m a big fan.

So of course it isn’t a surprise that these newfound friends who spent much time touring together would enjoy each other’s music. Which led to Sheeran’s on-air impersonation of the duo.

Watch video below to hear Sheeran’s version of “Cruise”.