By Miranda Raye on October 20, 2015
Advertisement 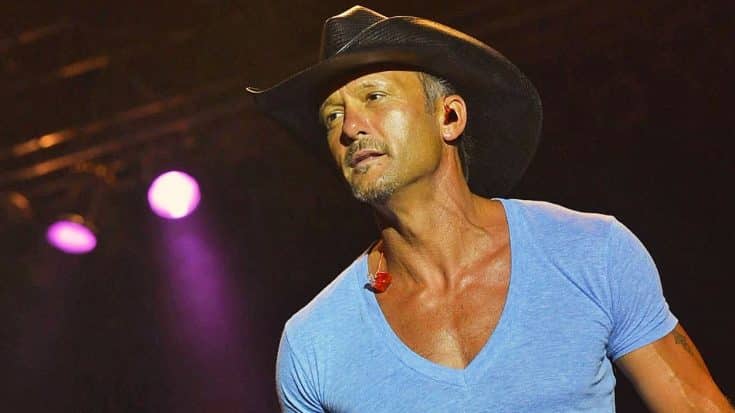 It’s no news that Tim McGraw is one of the biggest stars in the country music industry. The “Damn Country Music” singer is well aware that with fame, comes the paparazzi.

In a recent radio interview, McGraw talks about his feelings toward the paparazzi. He recognizes the fact that people want to see pictures of him and his wife, fellow country superstar Faith Hill. Because of that, he doesn’t mind if the paparazzi  snaps an occasional picture of them, as long as they remain respectful.

“There has to be some distance. You got to have some restraint,” he says.

But McGraw draws the line when it comes to the paparazzi following and photographing his three daughters, Gracie, Maggie, and Audrey.

“I don’t mind people taking pictures, but at least if somebody says no, or somebody’s doing something, leave their family out of it.”

McGraw goes on to say that because of him and Hill’s superstar statuses, they basically have to accept the paparazzi as a part of all that.

However, McGraw says that’s different when it comes to his daughters, because “our kids didn’t ask for it.”

Luckily, McGraw says that his family is able to find a “safe haven” in Nashville, where the paparazzi doesn’t bother them as much as they do in other cities, like New York or Los Angeles.

McGraw is definitely a dedicated family man, and he even invited his oldest daughter Gracie to sing a duet with him on his new album, Damn Country Music. Watch the live performance of their father-daughter duet, called “Here Tonight” in the video below!