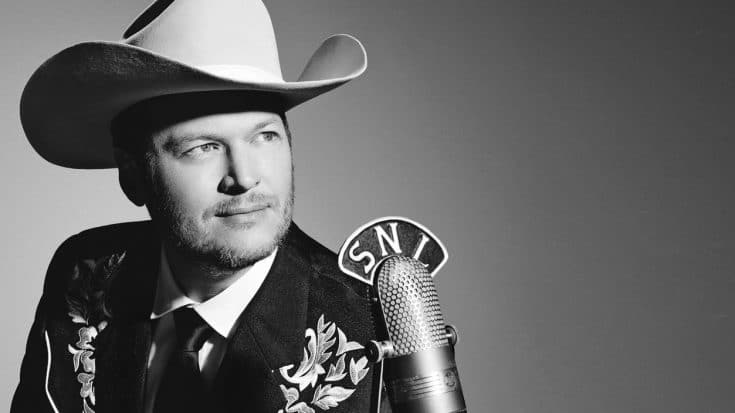 Pending the release of his second ‘Greatest Hits’ compilation album, Blake Shelton sat down (in an exclusive interview) with the Grand Ole Opry and gave the details on why he enjoys fun songs so much, his inspiration, and what having a ‘Greatest Hits’ album means to him.

Charting over 20 No. 1 singles since his debut single “Austin” in 2001, this singing cowboy definitely knows what songs are crowd pleasers.

“I’m a sucker for fun melodies and hooks. I always find a place on every record for a song thats just basically fun.”

Many of his super-hit tracks are upbeat, fun, and meant to get your boots stomping. In fact, he even goes on saying he takes after Conway in that sense.

“One of my favorite all time artists is Conway Twitty and we know him for his ballads, but he had so many fun, goofy songs too, like “Tight Fittin’ Jeans” and I’ve always modeled myself after Conway when it comes to that.”

Well, Blake, you have definitely accomplished that…several times over.

Now, he “literally can’t even wrap [his] head around” the fact that he has unleashed not only one, but TWO ‘Greatest Hits’ albums.

Check out Shelton’s full “Behind The Story” in the video below.