By Jennifer Pernicano on October 21, 2015
Advertisement 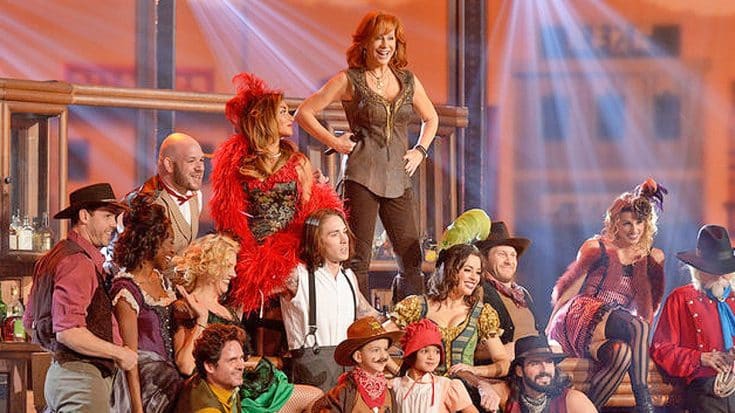 Reba McEntire’s talent has never gone unnoticed, which is why she was asked to appear on Neil Patrick Harris’ new show, Best Time Ever!

She served as guest announcer on Best Time Ever and performed a country version of Taylor Swift’s “I Knew You Were Trouble“.

The pop-tune got the country treatment and was accompanied by a scene straight out of an old western movie!

NPH and company were dressed to the nines in cowboy boots, hats, chaps, and gun holsters. The women wore classic saloon dresses. There was even a Charlie Daniels look-alike whipping a whip!

Neil Patrick Harris walked in and immediately started a fight! A cheesy one at that! He was smashing bottles on people’s heads and someone broke a chair on his back! After NPH thinks the fight is over, Reba punches him right in the kisser!

She looked like she was having so much fun and her performance was amazing! Who knew Swift’s pop songs would sound even better as country?! That was a rhetorical question.

Best Time Ever with Neil Patrick Harris!! So sorry Taylor. I messed up your song! I was nervous having to knock NPH out!!!:))) #bte @taylorswift @neilpatrickharris @besttimeevernph