VIDEO PROOF: This Petite Pony Is The Cutest Critter On The Farm 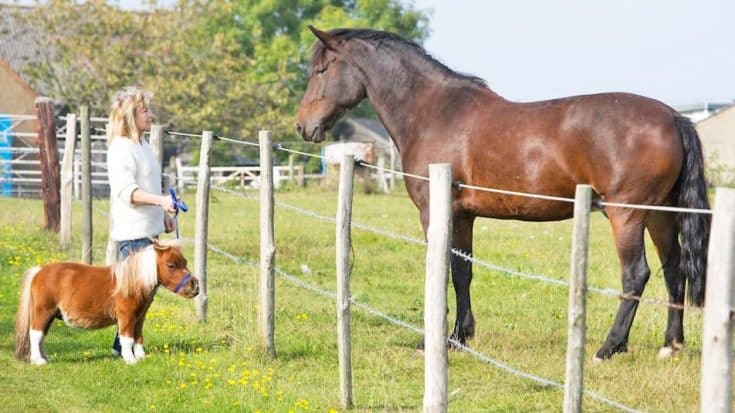 If this isn’t cutest thing you’ve ever seen, we don’t know what is…

When we think of horses, we usually first think of majestic creatures gracefully galloping along the horizon.

Well, out there is another type of horse that definitely breaks the stereotype.

Meet Acer, the most adorable three-year-old miniature horse. Standing at just 22 inches tall, Acer is believed to be the smallest horse in all of Britain. Acer lives is Corringham, Essex with his owner, Maureen O’Sullivan, at her Miniature Horse Farm. Acer is so tiny, he’s even allowed to live inside with Maureen and her dog (Acer’s best friend), Demon. In fact, Maureen thinks Acer believes he is more of a dog than a horse!

Check out the BBFs below. Acer was born with a rare condition, called dwarfism. This condition makes the animal very small, and usually animals born this way are put down due to health problems. But not Acer! Maureen couldn’t bear to see anything happen to the little horse.

Maureen said of her petite pet, “I think he’s one in a million, this little horse. I’ve never seen anything like him.“ We think he’s a special little guy too, Maureen!

Check out the adorable video below and we’re sure y’all will fall in love with Acer!