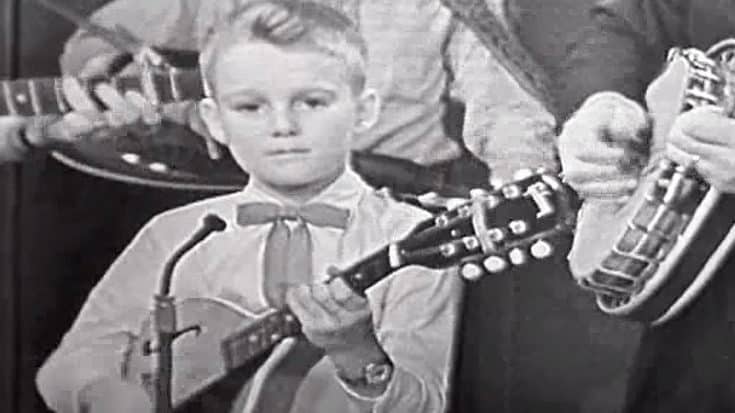 This rendition of “Foggy Mountain Special” is like nothing you’ve ever heard before. That’s because a very young Ricky Skaggs shows his elders exactly how talented he is!

He has had a lifetime filled with music. Skaggs was given his first mandolin at the age of five, and never let it go. When the legendary Bill Monroe came to a nearby town in his home-state of Kentucky, “Little Ricky Skaggs” was given the opportunity to play on stage. He had already made a name for himself locally, but this moment defined his entire career.

Skaggs has since gone on to win 14 Grammy awards, and still performs the music that is deep in his roots. Skaggs has often said that he is “just trying to make a living” playing the music he loves”, and as history shows, he has successfully fulfilled that dream.

In this rare live performance we see a shy little boy who many called a prodigy. He could pick a mandolin with the best of them at the age of five!

Watch as young Ricky Skaggs shows off his musical talent with “Foggy Mountain Special” below.