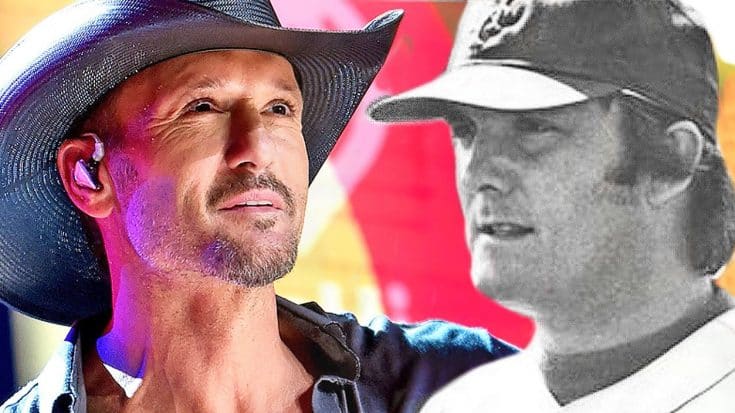 Tim is one proud son.

Although Tim McGraw didn’t grow up with his father in his life until he was 17, he has fond memories of him and they eventually become extremely close.

On October 21, 1980, Tim’s father, Major League baseball player Tug McGraw, was pitching in the World Series for the Philadelphia Phillies. It was down to the final out and Tug delivered one heck of a fastball to win the game! This marked the first time the Phillies ever won a World Series.

Tim shared a special video on his Facebook this morning paying tribute to his father, who passed away in January 2004 from a brain tumor. The video is of the very last pitch Tug threw to win the 1980 World Series and the celebration thereafter.

It is said that Tim’s hit “Live Like You Were Dying” is associated with his father, who passed away right before Tim recorded this song.

It also had special significance to him because of the lyrics, “And all ‘a sudden going fishin’/Wasn’t such an imposition/And I went three time that year I lost my dad.” Craig Wiseman, who wrote the song, remembered that Tim told him once he had gone fishing with his father before one of his surgeries.

When the Phillies were in the 2008 World Series, Tim spread Tug’s ashes on the pitcher’s mound at the Phillies’ stadium. They ended up winning that game and went on to win the World Series for the second time in club history. You can say Tug had a part in both championships.

Below is Tim’s song, “Live Like You Were Dying“.