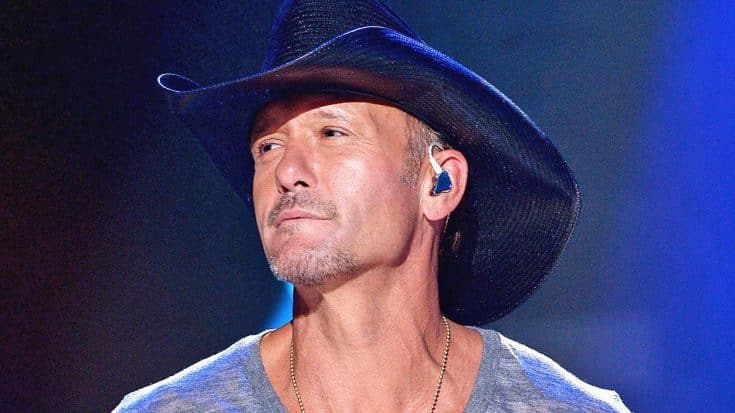 Tim McGraw wears his emotions on his sleeve.

He stopped by Chicago this week to spread the word about teaming up with the American Diabetes Association. He’s encouraging everyone to figure out their A1C levels, and live a healthy lifestyle.

But while he was in the Windy City, he stopped by WGN9 News and the Chicago Tribune for a few interviews and to catch the Chicago Cubs take on the New York Mets for the National League Championship.

His album Damn Country Music, due out November 6, is his 14th studio album. It features the already released single “Top Of The World” and a duet with his oldest daughter, Gracie. He spoke about how nervous he was to ask her to sing on the track with him.

“Her voice just kept haunting me,” he said. “I was a little worried about asking her to sing because I’m uncool to her. There’s nothing cool about dad.“

Something just about every dad goes through, is dropping their child off at college. When asked who was more emotional during the process, him or Faith Hill, he revealed to the Chicago Tribune that,

We love Tim for showing his emotions and we bet he is preparing himself, since he still has two more daughters to eventually drop off at college!

Watch the interview with WGN9 News below.