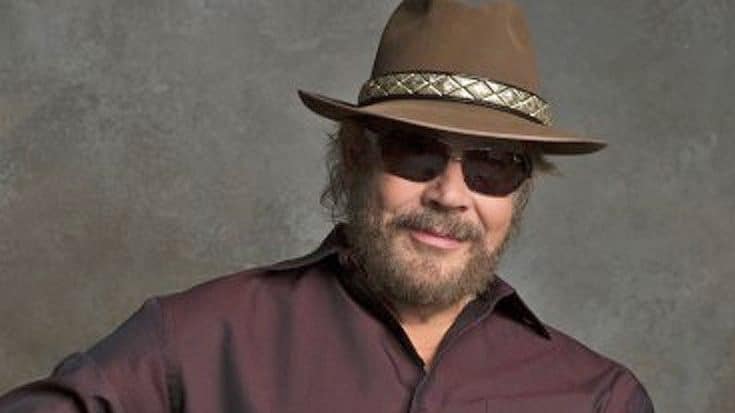 While we don’t know the exact details yet, we do have a pretty good hunch!

Hank Williams, Jr. announced last week that he will be performing at the upcoming CMA Awards on Wednesday, November 4th.

“The three-hour gala kicks off in high gear with one of the night’s top nomineesEric Church with iconic Country rocker Hank Williams, Jr. for a world premiere of Williams’ new Nash Icon release.”

Today, Hank Jr. posted on his Twitter and Facebook that he has, “Big news coming” for us, using the hashtag “#ItsAboutTime“.

Since the announcement of him performing at the CMAs includes a world premiere of a brand new song, and the fact that he hasn’t released new music in a few years, we can only think he has even more music ready to be released! The blurred picture in his post also looks awfully like an album cover!

While y’all are waiting to hear what the big announcement is, throw it back to 1979 when Hank performed his signature song and rocked the stage.