By Miranda Raye on October 22, 2015
Advertisement 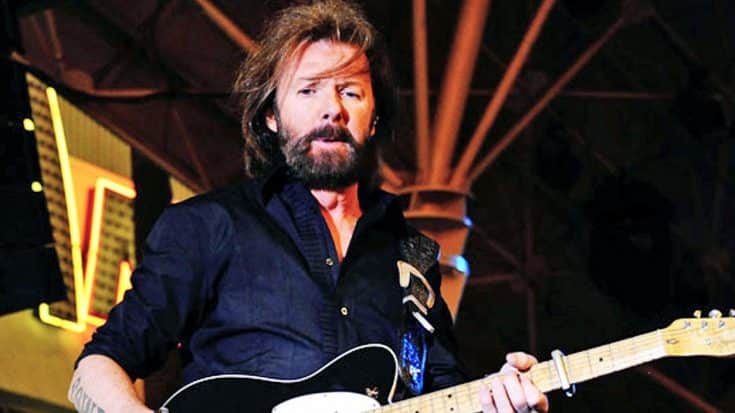 Considering that country music duo Brooks and Dunn managed to chart 20 number one hits over the course of their career, it’s hard to imagine that Ronnie Dunn would have trouble getting recognized in the country music industry.

But ever since Dunn started his solo career after Brooks and Dunn’s retirement in 2009, that’s been the exact case.

Dunn started his solo career as an indie artist, and found that it took a lot of effort to promote his music, even though he was already a well-established name in the industry. He mainly tried to get his music out there through social media, but despite his best efforts, he just wasn’t getting the radio airplay he hoped for.

The two singles from Dunn’s first solo album, Peace, Love and Country Music got some airplay on a few stations, but failed to rise to the top of the charts. In fact, the singles didn’t even chart any higher than the 60th spot.

Even though he is well-known in the country music world, Dunn reveals in an interview with Taste of Country why he and other artists sometimes struggle to get their music out there:

“If you’re gonna be heard, you have to get on the radio. The internet alone is not gonna do it.”

Dunn says there is really only one other way for country artists to make sure their music reaches a large audience.

“Unless you’re cool being a minstrel, hitchhiking from gig to gig,” Dunn says. “That’s fine too, nothing wrong with that.”

Dunn realized that being an indie artist wasn’t as good of a career move as he thought, so he announced in January that he had decided to sign with Nash Icon Records to produce his next album, which he is about halfway through writing and recording.

Hopefully the success of “Ain’t No Trucks In Texas” is a good sign for Dunn and his future as a solo artist. After the past few years, that’s exactly what he needs.

Enjoy the official music video for Dunn’s new solo hit “Ain’t No Trucks In Texas” below.