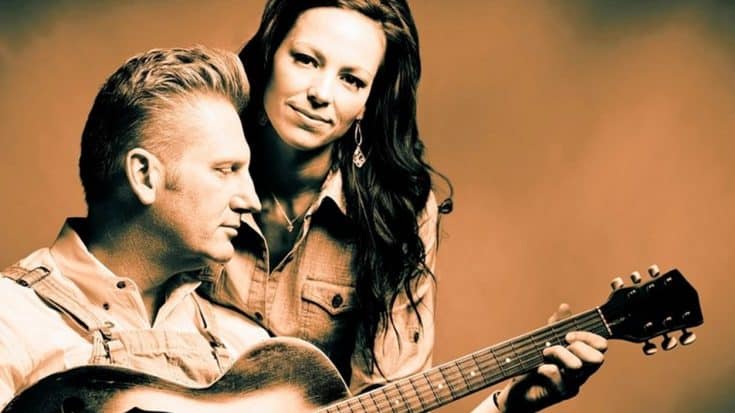 Earlier this morning, Rory Feek opened up and gave fans a heart-wrenching update on his “This Life I Live” blog regarding his wife, Joey’s battle with cancer.

Joey’s cancer has gotten worse, and doctor’s have said they could buy her more time, but still, there’s nothing more they can do. Her doctors said that her stage IV cervical cancer was aggressively spreading, despite all of the radiation and chemo.

Rory wrote, and our hearts broke:

“Sometimes there just aren’t enough surgeries – or doctors – or chemotherapies – or prayers. And you have to wipe the tears from your cheeks and say the words that you were hoping to never have to say…

After hearing the news from her doctors, Joey + Rory decided to halt the cancer treatments and go home, “not to die, but to live.“

“To put our hands in each others and sit out on the back porch and watch the sun set as our sweet little baby girl plays on a blanket in front of us.  To bask in the glory of the beautiful life He’s blessed us with, and try not to question why we can’t have more of it together.  And why He is allowing this to happen.“

Joey is stronger than any of us will ever know, and she needs our prayers now more than ever.

Rory wrote about his wife,

“Joey has been mostly sleeping these past few days since we’ve been home.  Partly I think because of the medicine, but also because I think she’s trying to process what’s happening and even more so, what’s going to happen.“

Joey did not lose her battle to cancer, she’s not letting her illness define her, and she’s choosing her own way how to handle the heartbreaking news.

Joey + Rory Feek are asking their fans for prayers and support.

These two are not only fighters, but they also have so much love for each other.

In this beautiful video, Joey + Rory sing “The Chain of Love”, and Rory can’t take his eyes off his beautiful wife.

We’re here for you Joey + Rory, and we’re praying for a miracle.