Reba McEntire Pays Tribute To Her Daddy With Beautiful Snapshot 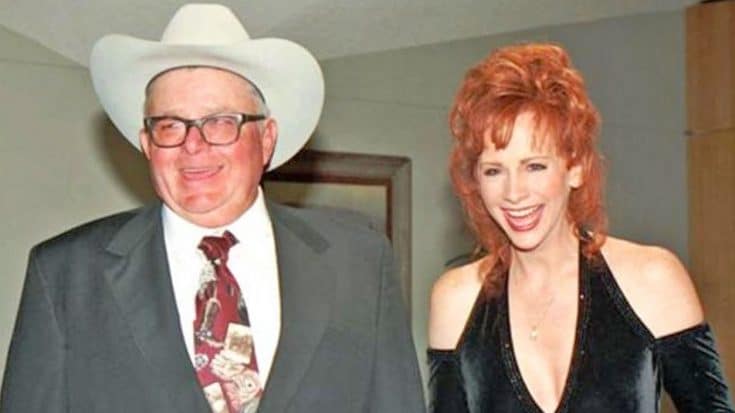 On the anniversary of her father’s death, Reba McEntire shared a photo that reflected her best memories with him.

Clark McEntire lived a life full of happiness and success. Both he and his father were champion steer ropers, with Clark claiming the title of World Champion Steer Roper three times (1957, 1958, 1961). Clark was even inducted into the ProRodeo Hall of Fame in 1979. Reba shared the above photo with her fans, the morning of October 23, 2015 – just one year after his passing.

Reba captioned the photo with this sentiment:

This is how I remember my daddy. Lots of memories of him working cattle and riding a horse. He passed away one year ago today. I sure miss you Daddy. #inheaven #alwaysacowboy

Later that same morning, Reba added the photo below. “A true Cowboy… Our Daddy”

Fans will remember that he had suffered from a stroke a few years prior, and was living in a nursing home. The morning after his passing Reba notified fans with the heart-wrenching Instagram post below. Before Reba’s career had officially taken off, she recorded the song “Daddy” as tribute to the man who shaped her into the person she is today. Listen to the beautiful song below.