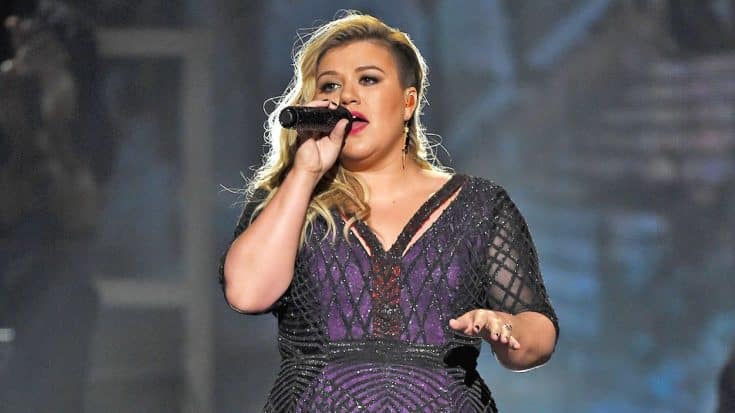 Kelly Clarkson has had a rough week. We’re sending the singer our thoughts and prayers!

Due to an undisclosed illness, Clarkson was forced to cancel her scheduled appearance at a charity event on Wednesday (Oct. 21st) in Nashville, TN.

Clarkson was to attend the Musicians on Call Rock the Room concert. Clarkson was planning to introduce her friend, Shane Tarleton, who was being honored for his contributions and hard work for the organization.

Musicians On Call is an organization that brings music to the bedsides of those in healthcare facilities. What a way to brighten someone’s day!

Unfortunately, Clarkson was unable to attend, but Reba McEntire and Martina McBride were happy to go in her place to greet the guests and give a stunning performance of “Does He Love You“.

Below is the amazing performance. Shane Tarleton was even brought on stage to sit in the middle of the two superstars while they sang!

Clarkson recently announced she is pregnant with her second child, but her first pregnancy was not the easiest.

While pregnant with her first child, River Rose, Clarkson struggled with many health complications, and eventually was hospitalized.

On top of being pregnant, just last month Clarkson was forced to cancel the remainder of her Piece By Piece tour due to doctor’s orders to get vocal rest.

An apologetic Clarkson even posted the bad news on her Twitter page.

I can’t wait to get healthy and see y’all back on the road soon. I hate canceling…

We hope you get well soon, and we can’t wait for baby No. 2!