By Miranda Raye on October 23, 2015
Advertisement 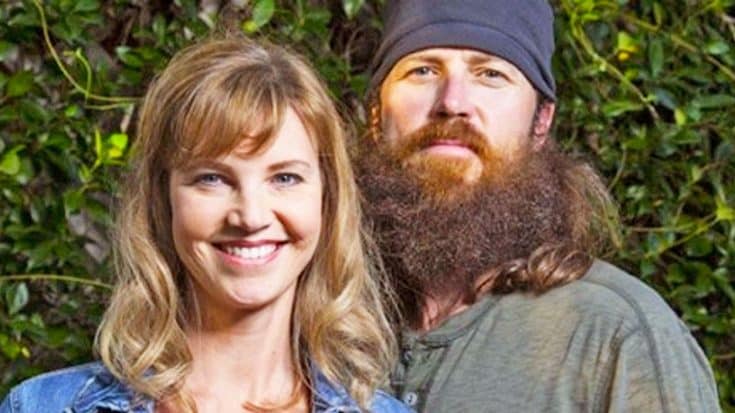 Jase and Missy Robertson know what it’s like to deal with a public scandal. At one point, family patriarch Phil was temporarily suspended from the show after there was public outcry over his personal views.

But the Robertsons have recovered since then, and Phil has returned to the show. Now, Jase and Missy have some advice for another reality TV family that is experiencing their own scandal, the Duggars.

After it was revealed that the Duggar family’s oldest son, Josh, had molested five girls as a teenager and joined the adulterous website Ashley Madison while married, the Duggar family has experienced a lot of public backlash. Their once-popular TV show, 19 Kids and Counting, was canceled as a result.

But despite that, two of the Duggar girls, Jill Dillard and Jessa Seewald, are trying to recover from the scandal and are starting their own spin-off show.

Missy and Jase want to do what the can to try and help Jill and Jessa through this tough time.

“We’ve talked about forgiveness and consequences for your actions. That’s just something that they’re gonna have to deal with,” Jase says in an interview for the Gospel Herald.

Missy urges Jill and Jessa to try and ignore what everyone else is saying so that they can work on moving on:

“My advice to anybody would be, you know, you’ve got to look within yourself. Forget the cameras, forget the media, who cares what anybody else says – this is your life.”

What do you think? Did Jase and Missy give the right advice?

Although Jill and Jessa have not responded to Jase and Missy, they hope that they will at least keep their advice in mind, and eventually be able to recover from the scandal that has surrounded them.

Jase and Missy’s niece Sadie also commented on the Duggars before, saying she hopes they will one day be able to forgive Josh.

Sadie says that the entire Robertson family will be keeping the Duggars in their prayers.