Dale Watson’s Tribute To George Jones Will Have You, ‘Jonesin’ For Jones’ 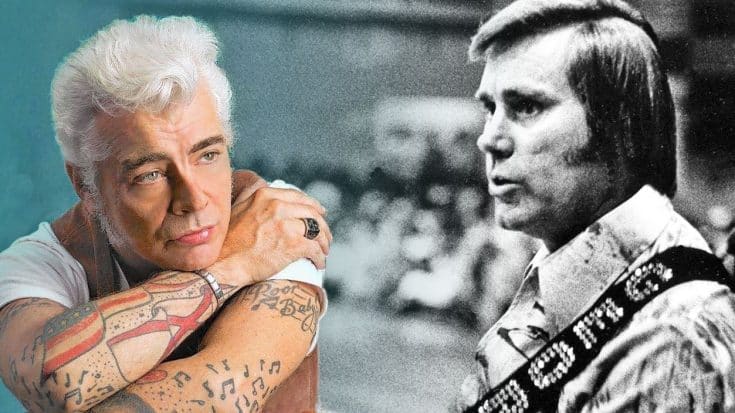 With homegrown roots in Texas, there is no surprise why Dale Watson was so inspired by fellow Texan and country music legend, George Jones. Jones has the type of career that deserves the upmost respect, which is why Watson decided to honor him with a tribute song “Jonesin’ For Jones”.

Watson always had an affinity for music. He began writing songs when he was twelve years old, and made his first recording just two years later. In 1988 he moved his music to Los Angeles, California to further his career as a country artist, and soon after made it to Nashville.

In the video below Watson discusses what a huge fan he was of Jones. He recalls the day that Jones passed away and how he dealt with such a tremendous loss.

“I wrote it (“Jonesin’ For Jones”) right after George Jones died… because you just can’t believe a world without Jones.“

“Jonesin’ For Jones” is a catchy tune that pays homage to The Possum in the best possible way. With subtle hints of Jones’ unique tone, and references to his own hit songs, it is sure to bring a smile to your face.

Watson’s tribute is one for the books! Check out the video below to listen, and watch Watson perform “Jonesin’ For Jones”.

Dale Watson is “Jonesin’ For Jones”

Official: Dale Watson is on our H-E-B #TexasStage with a tribute to George Jones called “Jonesin’ For Jones.”This song is on his latest CD ‘CALL ME INSANE.’ Go get one for yourself!