By Manly Bryant on October 24, 2015
Advertisement 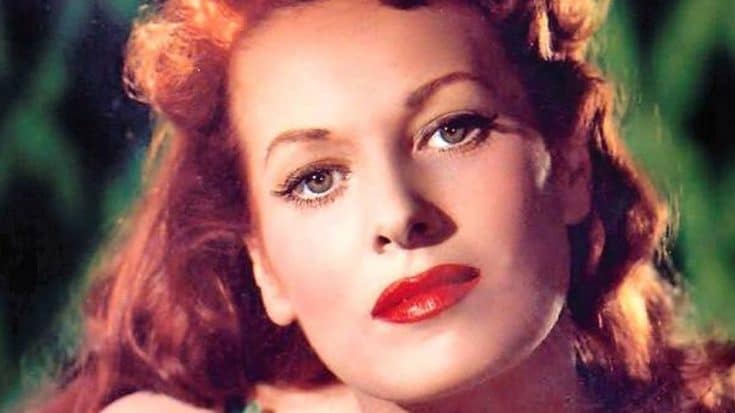 Known for her flaming red hair and spirited acting, Maureen O’Hara has passed away at the age of 95. According to her manager, Johnny Nicoletti, she died at home in Boise, Idaho, while asleep.

The heartbreaking news broke with a statement from her family:

“She passed peacefully surrounded by her loving family as they celebrated her life listening to music from her favorite movie, ‘The Quiet Man’.”

Born in Dublin, Ireland on August 17, 1920, the Irish-American actress was trained in theater from an early age. She’s known for her fierce spunk and passionate, yet sensible attitude.

O’Hara won over the hearts of millions with her hilarious, yet lovable roles beside Country Western icon, John Wayne in films like “The Quiet Man” and “McLintock”. With the holidays quickly approaching, we’ll be seeing her in “Miracle On 34th Street”, a film that is surely close to everyone’s hearts. Her acting career debuted with the film, “The Hunchback of Notre Dame”.

O’Hara was one of the last living actresses from the Golden Age of Hollywood. Her exceptional acting and charisma will forever be remembered. “The Queen Of Technicolor” is survived by her daughter, her grandson, and two great-grandchildren.

O’Hara’s family and friends are in our thoughts and prayers as they go through this difficult time.

Her legacy will be remembered through her heart-stealing performances, like the iconic scene between her and John Wayne in “The Quiet Man”, that can be watched below.