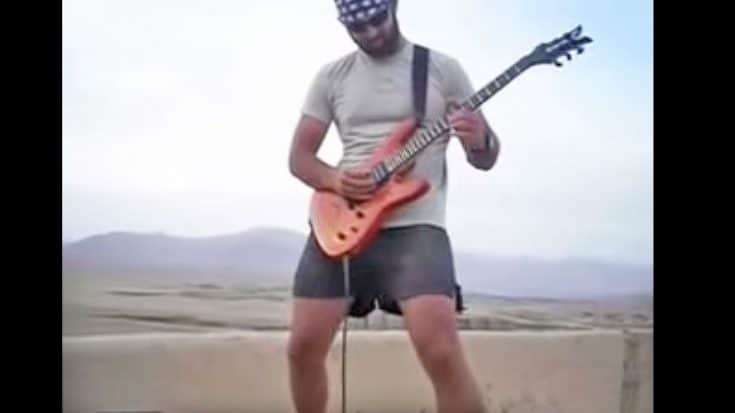 At a time when the entire Muslim religion stops to pray, this American soldier, who was stationed in Afghanistan, took the silence as a time to honor his country.

During the Muslim call to prayer, which happens five times a day, the soldier plugged in his electric guitar and played an incredibly patriotic version of the Star Spangled Banner that will give you the chills.

In the description of the video, g goodman writes,

“In a truly exceptional show of American patriotism, the soldier, decided to act out against the religion that has disrespected the world so much during the recent days. Between the death of Major General Harold Greene – the highest ever ranking soldier to be killed by Muslim extremists – to the gruesome beheadings of American journalists Foley and Sotloff, this soldier decided to let Muslims know just what America thinks.”

The video has been shared with many different news outlets and is definitely not the last time an American stands up for their country.