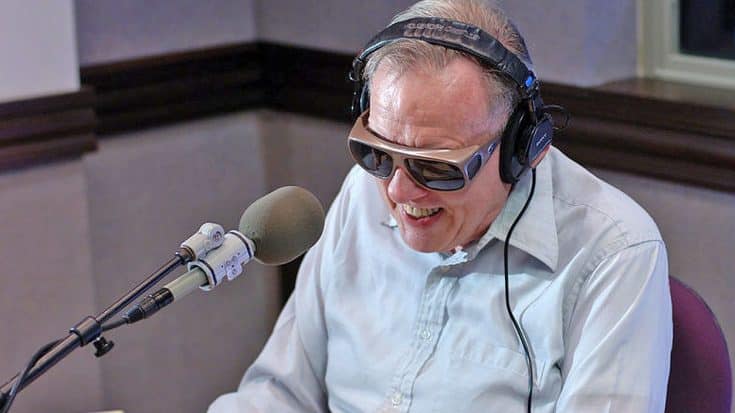 Known for his Sunday night radio shows that take us on a trip to the past, Ed Walker has passed away at the age of 83.

Walker has been a staple on Washington D.C.’s WAMU radio station. His show, The Big Broadcast, features vintage radio programs from the 1930s-1950s including The Lone Ranger, Gunsmoke, The Jack Benny Show, and Superman.

HIs show was ranked first in it’s time slot and had a surprisingly young following.

“I get a lot of requests, believe it or not, from children — from kids,” Walker once told NPR’s Audie Cornish. “They have television, but I’ve gotten emails that say, ‘We don’t even turn the television on on Sunday night.’ And they love it, because with the good sound effects and everything like that, it is — somebody referred to radio as the theater of the mind, which it is.”

Walker, “died quietly in his sleep at 2 a.m.” said Ken Mellgren, his longtime friend and former boss at WWRC. “He was in no pain.”

Walker was diagnosed with lung cancer and recorded his final broadcast from his hospital bed last week. It was played last night, and according to the WAMU Twitter, he listened to it with his family. His show ran from 7pm-11pm.

We are very sad to announce our friend Ed Walker passed away this morning, after listening to his final show with his family. #BigBroadcast

Walker has had a decorated radio career, and chose radio as a career and passion because he was born blind. “Radio was my comic books, movies, everything,” he once said.

His improvised comedy show, Joy Boys, ran from 1955-1974 with fellow media legend Willard Scott. He has been the host of The Big Broadcast for the last 25 years.

You can listen to his final broadcast HERE. You will not be disappointed.

Watch a video of Walker during his last Joy Boys broadcast below. Our thoughts are with his family and friends at this time.